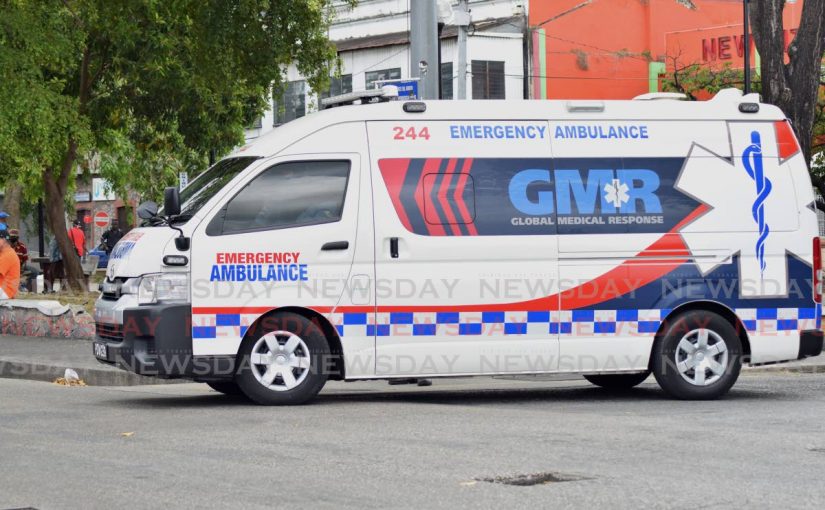 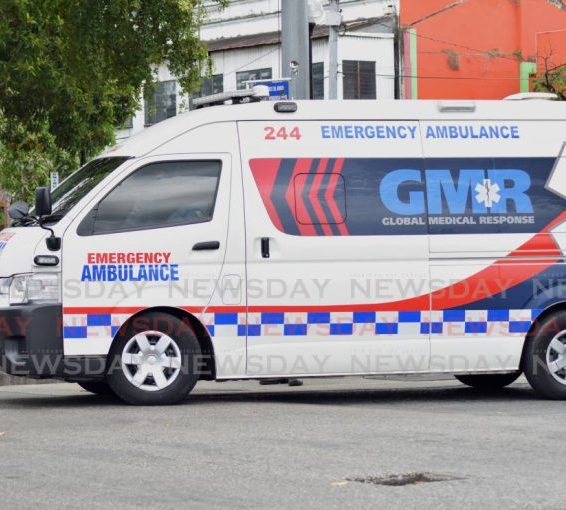 FILE PHOTO: A GMRTT ambulance on Henry Street in Port of Spain. –

HEALTH Minister Terrence Deyalsingh rejected claims from the Opposition UNC about a “crippling ambulance service” in Trinidad and Tobago during the covid19 pandemic.

Responding to a question in the House of Representatives on Wednesday, Deyalsingh said, “We have taken decisive action since the start of the pandemic to manage the health care system.”

In the case of the ambulance service, Deyalsingh said Global Medical Response TT (GMRTT) has 48 ambulances and the ministry is working with the service provider “to bring more of their ambulances into operation.” He said at any point in time, GMRTT had 18 ambulances undergoing maintenance work.

The regional health authorities (RHAs), he continued, have a total complement of 50 ambulances.

Deyalsingh said just as it was a multi-factoral problem, the solutions were not just about providing more ambulances.

He said capacities have been improved at hospitals’ accident and emergency (A&E) departments “to treat patients who are now delaying coming into our health care facilities and they are coming in severely ill.” Deyalsingh said, “We are actually managing some of these patients in our A&E’s at an ICU (intensive care unit) level.”

He said A&E’s have been separated for isolation units, “so these covid19 positive patients could be more quickly transferred from an ambulance into an A&E.”

Deyalsingh also said ICU capacity is being increased from 35 to 60 per cent, contrary to claims made by Opposition Leader Kamla Persad-Bissessar at a UNC virtual meeting on Monday.

He added that seven people in the A&E’s awaiting ambulance transport were unvaccinated. Deyalsingh reiterated that, contrary to ongoing UNC claims, there has never been a shortage of oxygen or any other medical supplies in TT during the pandemic.

After saying Paray was a pharmacy owner and never declared his interest before posing the question, Deyalsingh said, “That is a serious, serious conflict of interest.”

In response, Paray said there is a pharmacy registered in his family’s name. He also said as an MP, he represents “pharmacies all over TT.”