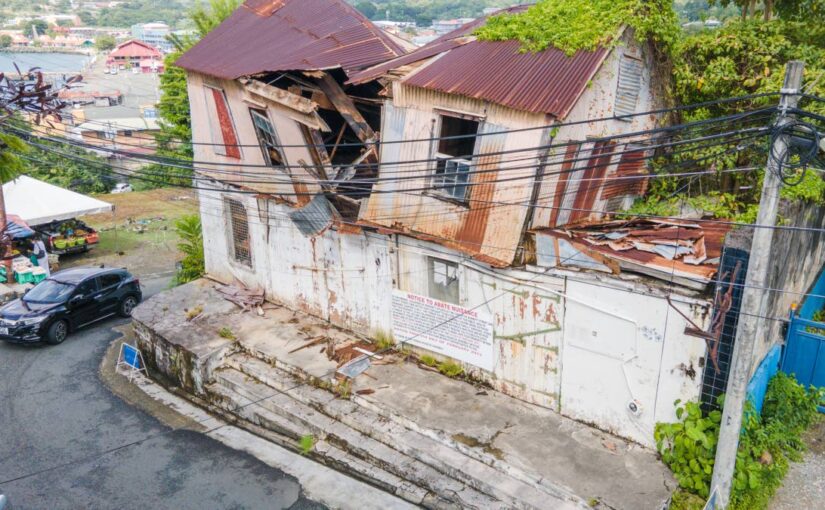 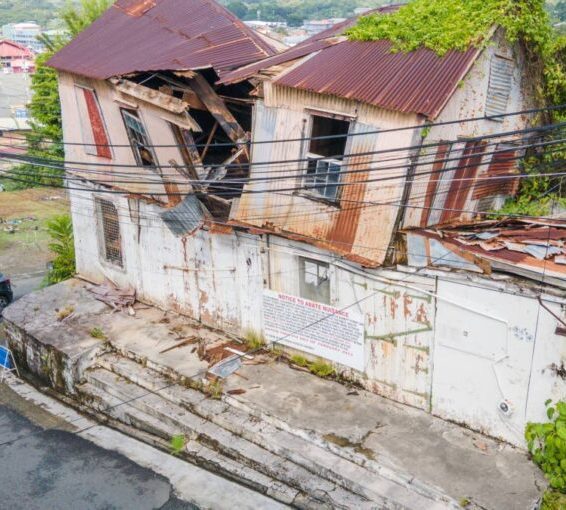 A derelict building, corner of Burnett and Piggott streets, Scarborough earmarked for demolition by the Division of Infrastructure in the coming weeks. –

The Division of Infrastructure, Quarries and the Environment (DIQE) has decided to demolish four derelict buildings in and around Scarborough, in the interest of public health and safety. DIQE said the decision is in keeping with the mandate to provide safe spaces for the citizenry.

It said the THA Executive Council last month approved exercises that will treat with the procurement, execution, legal ramifications and ensuring OSH standards are achieved throughout the initiative.

DIQE said the project comes after a report submitted by a cross-divisional committee tasked with appraising and monitoring aged structures in and around Scarborough; and further, devising strategies to improve safety and aesthetics of the capital.”

The structures under consideration include the Moralis Building,corner of Burnett and Piggott Street; and three government buildings.

DIQE said the Moralis Building, which poses “a clear and present danger to the public,” will receive immediate attention. The division said there has been an increasing number of reports of material falling on passers-by from this site.

Secretary of Infrastructure Kwesi Des Vignes said that while a “notice to abate nuisance” was installed at this site under a previous administration, there were some legal matters that the Assembly had to consult on. DIQE said the property is on private lands, there is currently no known existing owner or relative, but due process had to be followed.

Des Vignes said, “Demolition is a specialised field and it is a delicate matter. The skillset and equipment to execute such projects are not presently held within the division and there is the obvious legal issue that would arise given that the majority of buildings in and around Scarborough are privately owned.

“However, it is the responsibility of the Assembly to safeguards its people, road users and pedestrians alike and therefore the Assembly is making no bones to do just that. It is a serious matter.”

In the interim, pedestrians are advised to utilise the staircase and walkways provided on the right of Burnett and Piggott Streets as much as possible until further advised.