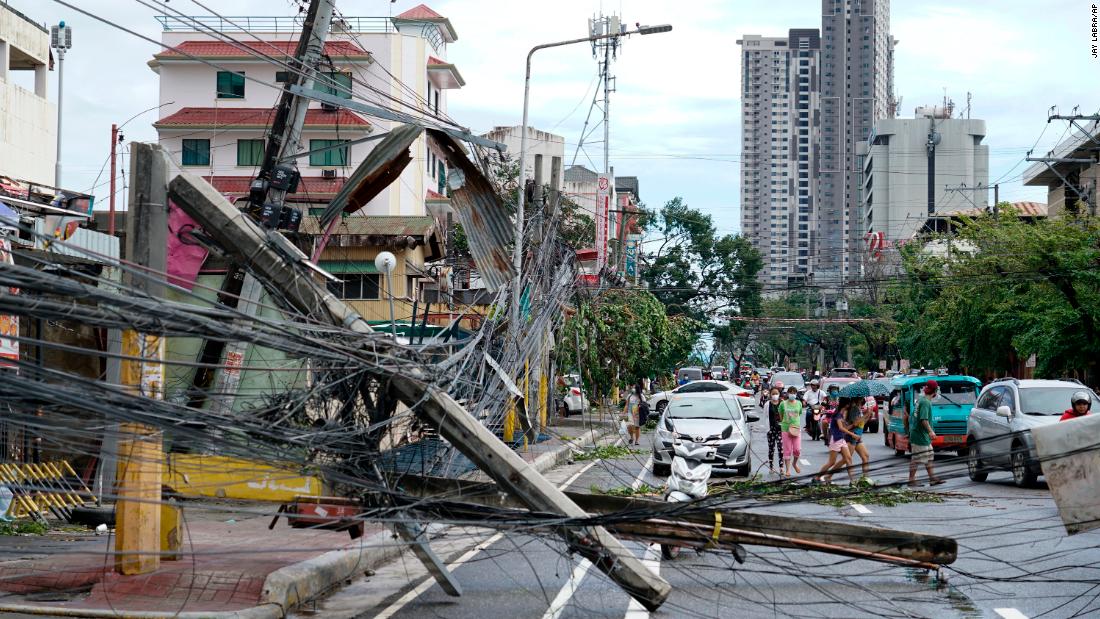 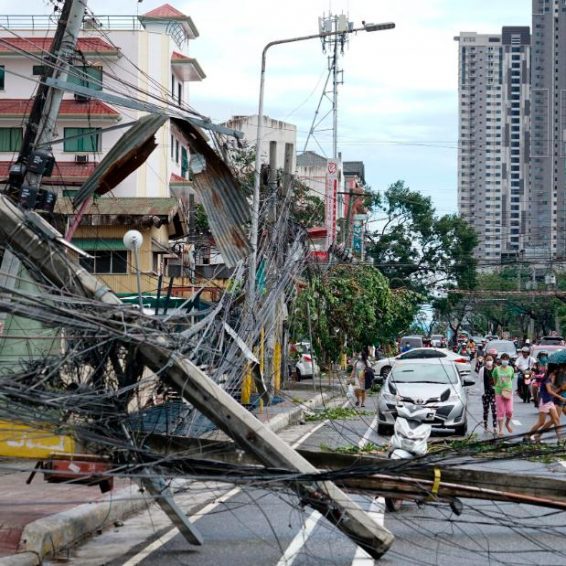 Manila (CNN)The death toll from Super Typhoon Rai climbed to at least 208 people Monday, according to the Philippine National Police (PNP), after the storm swept across the archipelago late last week causing widespread flooding and damage.

About 52 people remain missing and at least 239 others have suffered “considerable injuries” the PNP added.
Rai, the 15th typhoon to hit the Philippines this year, made landfall Thursday on Siargao Island, a popular tourist and surfing destination on the central east coast. It had initially packed winds of up to 260 kilometers (160 miles) per hour — equivalent to a Category 5 storm.
Toppled electrical posts lie along a street in Cebu city, central Philippines, caused by Typhoon Rai.
The damage caused by Rai led to widespread power and communication outages, making rescue operations difficult.
Rescue operations continued through the weekend with workers wading thigh-deep through floodwater to evacuate citizens. Around 332,000 people have been evacuated from their homes, a spokesperson from the NDRRMC said on Friday.
Read More
Many buildings were destroyed across several badly affected areas. Residents were seen scrambling through mud and debris to salvage whatever they could from their damaged homes.
The estimated cost of damage is $4.2 million (PHP213.9 million), according to state news agency PNA.
Rai has decreased in intensity and is now a typhoon with maximum winds of 165 kilometers (103 miles) per hour, equivalent to a Category 2 storm.
The storm is now off the coast of Vietnam in the South China Sea and is expected to weaken further as it gets closer to Hainan, China within the next 24 hours.