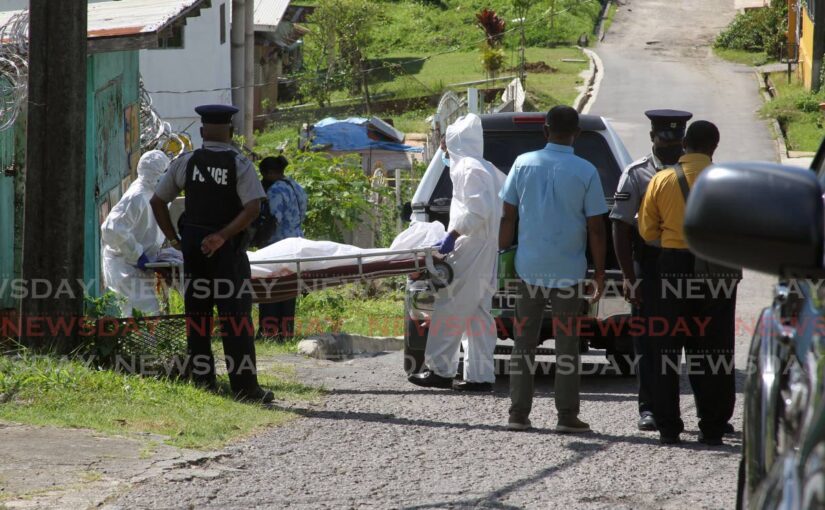 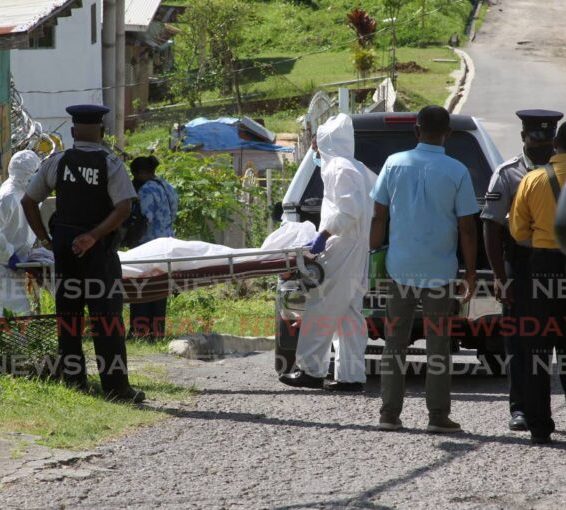 DEADLY END: The body of shooting victim Ajala Donaldson is removed from his shop in Pleasantville where he was killed by a customer on Thursday. PHOTO BY LINCOLN HOLDER –

A customer who ordered an item from a Pleasantville parlour owner shot and killed him at midday on Thursday.

Ajala Donaldson, 36, died on the spot in the parlour at Mahogany Avenue, across the road from Elm Avenue.

CCTV footage shows Donaldson putting an item on the counter while the killer put cash next to it. As Donaldson turned around, the killer shot him several times. Before walking off, the killer took the item and the cash.

Investigators believe the footage could help them solve the case.

The shop is at the front of the family’s home. Several relatives, including three children, were at home when the murder happened.

Supt Dhillpaul, Insps Maharaj and Phillip, Sgt Radhaykissoon and other police from the Homicide Bureau Region III and the Southern Division visited the scene and gathered evidence.

Relatives were too distraught to speak with the media.

He is the third sibling to have been shot dead within the past three years.

In January 2018, his brother Jahmai Donaldson, 26, and his friend Akeemie Wilson, 30, were shot and killed on Elm Street while cutting grass. In April last year, another of his brothers, Kadeem “Natos” Jordan, 27, was shot and killed at Pleasantville Circular while driving his Mercedes Benz. Men ambushed and killed him.

Investigators were unable to say whether the murders were linked.