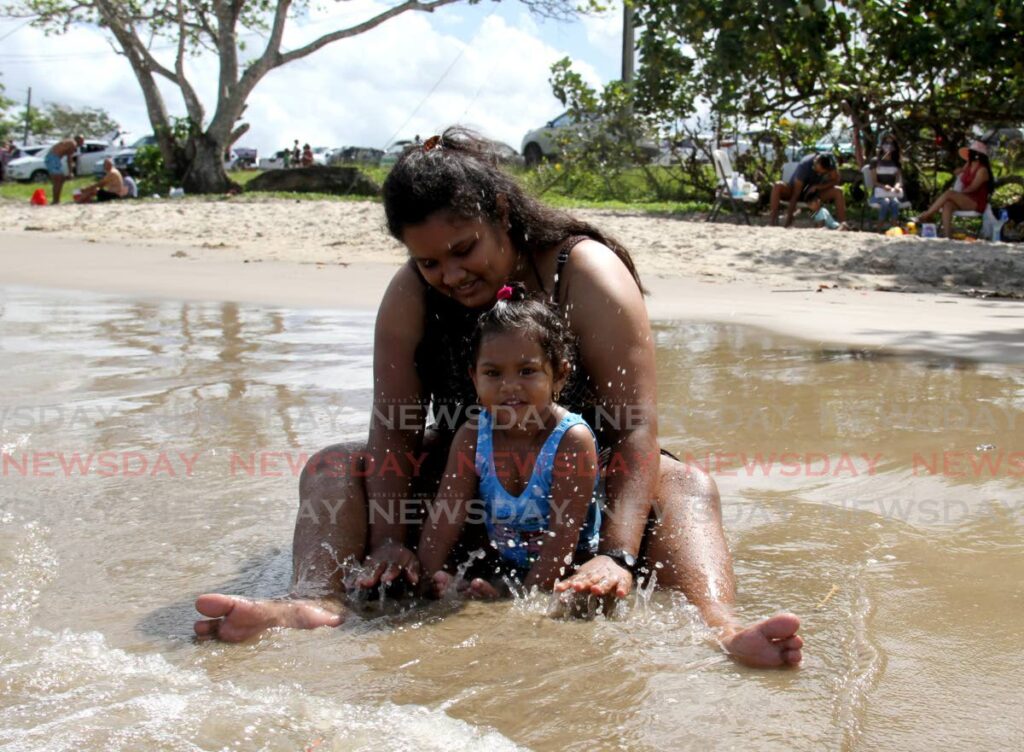 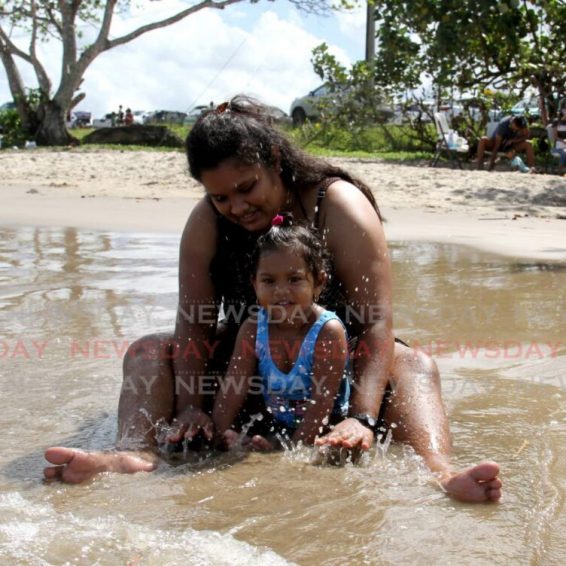 Scores of people turned up at Clifton Hill Beach in Point Fortin on Monday to celebrate the Boxing Day holiday.

When Newsday visited the beach and spoke to beachgoers, Point Fortin resident Caryl Bailey said she couldn’t resist bringing her five children to have some fun.

To make the most of the limited opening hours, Bailey and her family arrived at the beach at 8 am and planned to stay until the 12 pm closing time.

She told Newsday, “They (my children) asked to come. The beach has been closed for quite a while so now that it’s opened, we want to take advantage and come out to have some fun.”

Even though there were many people, Bailey didn’t feel uncomfortable and explained to Newsday that she selected an area on the beach which she knew would be clear.

Beachgoers at the Clifton Hill Beach in Point Fortin on Monday. – AYANNA KINSALE

Reminding everyone that safety is a priority, Bailey is pleading with people to be conscious of their actions given the country’s alarming number of active covid19 cases and deaths.

Fyzabad resident Ria Choon said Monday’s beach day with her family was a much-needed stress reliever not only for herself but also her children.

Choon told Newsday, “We have been feeling confined at home and we wanted to come out to get a little fresh air. The children are also excited and want to be out.

“We are enjoying them (the children) seeing the beach after so long. Imagine my daughter said she’s going to be making a sand snowman.”

Choon said she was pleased that people were following the basic covid19 preventative measures like staying socially distant.

These beachgoers enjoy a walk along Clifton Hill Beach in Point Fortin on Monday. – AYANNA KINSALE

“We still have to follow all the protocols involved with covid because it still exists. I’ve had a lot of family members that had covid and I lost my mother-in-law.

“I bought my father-in-law out today but it was a bittersweet moment for us coming back to beach without her (my mother-in-law) today.”

Two-year-old Samara Rajkumar plays in the water with her cousin Cindy Sieusarran at the Clifton Hill Beach in Point Fortin on Monday. – AYANNA KINSALE

Like many others, Sean Lewis also took his children to the beach and told Newsday that the time away from home was a much-needed break.

He said while it was impossible to completely stay away from others given the number of people, he tried his best.

He explained, “We (me and my children) are in our own little bubble here. It’s great to come out and get a little sunlight especially on the beach.

“The opening time could have been a little longer because that will eliminate the number of people trying to cram to come on the beach.”