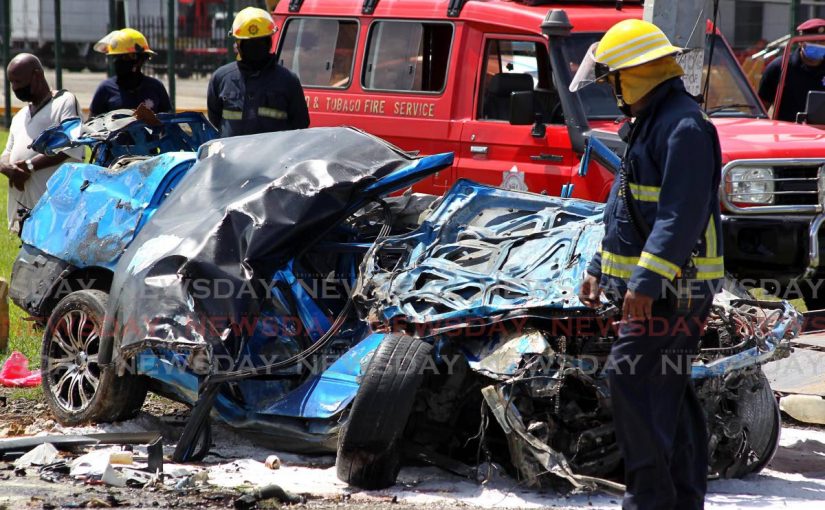 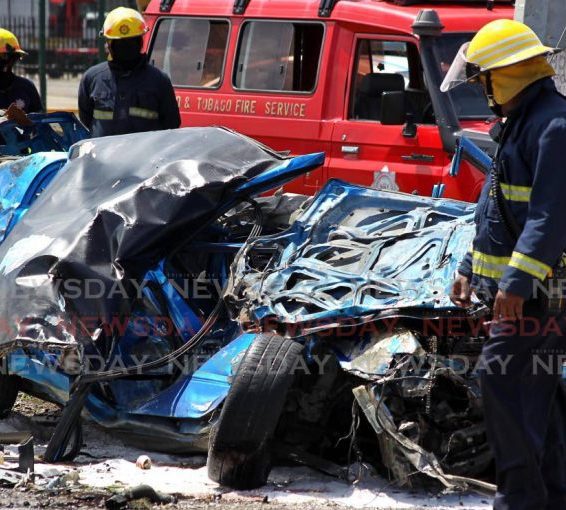 Fire officers at the scene of the accident. Photo by Roger Jacob

A relative told Newsday that it is set to start at 2 pm at a funeral home and crematorium on Coffee Street, San Fernando. The body is expected to be cremated at the same venue.

Grant, 35, and his friend Branj Smith, 18, died in an accident on Sunday morning on the Uriah Butler Highway near Biljah Road in Chaguanas.

Grant, a loader with a beverage company, lived at Union Hall in San Fernando. Smith lived at Lisas Gardens in Couva.

Police were unable to say when Smith’s funeral would take place.

The lone survivor, Shawn Martin, 24, from Couva, remained hospitalised in a critical condition at the Eric Williams Medical Sciences Complex in Mount Hope.

The three were on their way to hike on the North Coast when Martin lost control of the car, which crashed into a concrete culvert. The car flipped several times and landed upside down.

Grant and Smith were thrown out and died on the spot. Martin was taken to hospital.