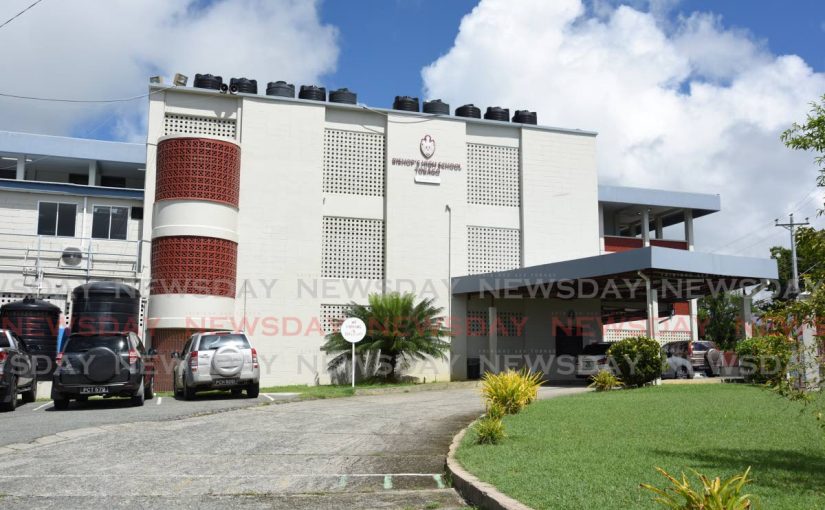 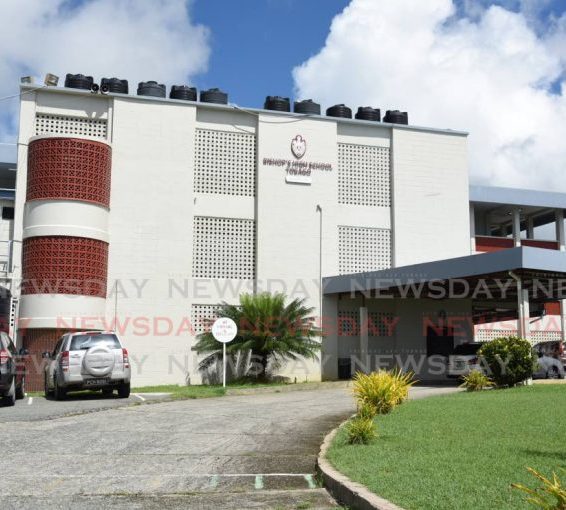 THE doors of the Bishop’s High School will be closed until Thursday for sanitisation purposes.

The THA Division of Education, in a press release on Tuesday, said face-to-face teaching and learning will be suspended at the school on Wednesday to facilitate sanitisation of the school’s compound.

The division said students of forms four to six will revert to online classes on Wednesday, and physical classes are scheduled to resume on Thursday.

The division did not say whether any students or teachers had tested positive for covid19.

All forms four to six students, vaccinated or not, returned to physical classes on October 25.

The Ministry of Education had previously allowed only vaccinated students to return to physical school on October 4.

The Division of Education said it “remains committed to providing both teachers and students with a safe and secure school environment.”

Newsday attempted to contact Secretary of Education Marslyn Melville-Jack for comment, but all calls were left unanswered and all messages unread.

When contacted, TTUTA’s Tobago Officer Bradon Kerr was unable to confirm any actual case as he had received no official correspondence, but said “as I was made to understand, it was the declaration of an individual that raised the concern.”

Roberts said the issue of contract tracing has him worried.

“Even if there are cases, and there would be cases, especially when you’re opening up more and so on, however, systems put in place need to be properly managed so that we can do our best in keeping ourselves safe.

“If it wasn’t for the individual who revealed their status or their confirmation and so forth then school would have been going on for the rest of the week and persons would have been unaware. Now, we’re not saying that once you have a concern schools should be shut down for a week and everyday there should be a disruption and so on, but we must be fully aware of who may have been exposed so that the contact tracing could be done to ensure that we’re keeping everybody safe – that is where the concern is.”

Roberts said there must be an effective system in place to disrupt the spread of covid at schools.

“I don’t know that we can hide from the pandemic forever but we must be able to say what we are working with. I am not confident in the systems that we have utilising here in Tobago where contract tracing is concerned. It’s taking too long – by the time you really get on top of it, a lot more persons would have been exposed.”

On October 28, 60 students and four teachers at Iere High School in Siparia were ordered to quarantine at home after it was discovered the day before that two students tested positive for covid19.