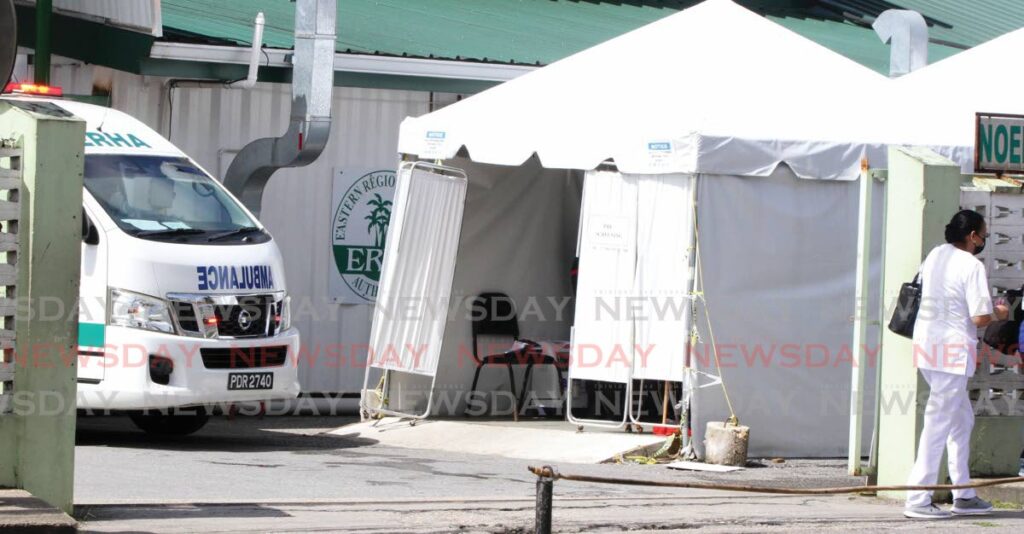 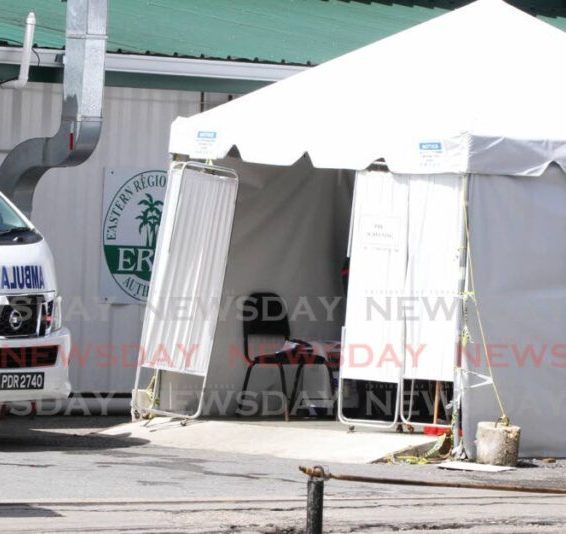 Covid19 crisis: Hospitals, staff struggle to care for all patients

Health care workers and administrators share the common view that TT’s public health is under severe strain owing to the impact the latest wave of covid19 cases is having on the system.

The TT Registered Nurses Association (TTRNA) claim regional health authorities are in crisis mode, but administrators assure they have put things in place to balance providing care to all patients.

Letitia Cox, second vice president of the TTRNA, claims hospitals are short-staffed and have been closing clinics as a result.

“They are severely short-staffed therefore they would have made decisions to close some clinics and redirect the staff to covid units or to vaccination centres. As a result they are trying to do telemedicine as much as they can.”

Hospitals have seen an influx of covid19 patients in accident and emergency (A&E) departments with many patients needing oxygen or to be transferred to the parallel health care system because they are severely ill.

Most of these are the unvaccinated and it has affected services such as elective surgeries, clinics and wards care.

For months, health officials have been asking people to get vaccinated, and to adhere to the public health guidelines since, even when the number of beds in the parallel system are increased, they were filling up quickly, especially in the intensive care unit (ICU).

Despite warnings and urgings, the country’s vaccination rate remains around 46 per cent and the number of new cases and deaths continue to rise.

Cox said the hospitals were already short-staffed before this third covid19 wave and two things are making it worse – the increased number of patients infected with the virus, and the increase in the number of medical personnel leaving the country to work abroad.

As a result, there are more patients than staff in the covid19 tents at the hospitals, some as much as 60 patients to one staff member.

“Nurses are leaving TT in the droves. And it’s not just one RHA but all. The recruiters have been very efficient in poaching the nurses of TT.

“Recruiters from England, Canada, the US are looking to augment their staff and have been taking nurses from the Caribbean and TT seems to be a very attractive place for recruiters because our training is so good.”

Recently, she said six nurses from the A&E department in Tobago migrated and five more are expected to leave next year.

Because so many people, especially the unvaccinated, are contracting covid19, nurses have had to work almost non-stop. It is very difficult for them to get vacation, time off, or casual leave and they are tired.

Due to the stress and little rest, some are getting sick. Some are depressed, not only because of the strenuous working conditions and constantly having to deal with the severe state of covid19 patients, but because 75 per cent of nurses are on temporary contracts and have no job security, Cox said.

“We are going to see a really dark picture come 2022 if someone doesn’t step in and do something to incentivise the health care workers of TT.”

A patient leaves a ward while others wait for attention at the Sangre Grande Hospital. – Photo by Angelo Marcelle

All of this is also affecting the wards with ward-staff being pulled into the covid19 areas because of the increased cases. She said head nurses at the Sangre Grande Hospital were asked to do a roster to send staff members from each ward to the covid19 areas.

“Prior to that, there was dedicated staff assigned to do this. Now they are being told because the hospital is so severely short-staffed, everybody will have to take a turn in the covid area, even those with comorbidities or are immunocompromised. This when usually we wouldn’t put persons like that in the covid areas because of the higher risk of being exposed and they are more susceptible to serious illness and death.”

And nurses are being put through “stringent bureaucratic procedures” to be exempted. Initially, a letter from a medical doctor explaining their situation was sufficient, now they are being asked to get one from a special medical officer.

“They are putting the nurses at risk when they go into those areas because, a lot of times the RHAs are not consistent in providing the kind of PPE (personal protective equipment) necessary.”

A nurse, right, enters one of the tents set up to screen people for covid19 at the Sangre Grande Hospital. – Photo by Angelo Marcelle

She added that, even before this wave, a number of nurses contracted covid19, many times from asymptomatic patients who they interacted with before their PCR test results returned.

RHA administrators admit A&E departments are being overwhelmed and the latest report of three cases of the omicron variant in TT, and the prospect of more cases, has placed them on heightened alert.

Davlin Thomas, CEO of the North Central RHA said, “The number of persons who hit the emergency department are extraordinarily high with finite human resources. That is always going to be a challenge and will continue to be a challenge in the future if people do not get vaccinated, particularly with what we’re hearing of omicron.”

He said the RHA was attempting to continue with most services but there were no elective surgeries at this time, only urgent and emergency surgeries. In place of noncommunicable diseases (NCD) clinics, doctors are using telemedicine and have engaged over 100,000 people over the last fiscal year. They have also made the pharmaceuticals of NCD patients available at their nearest health centres so they do not have to go to the hospitals.

He added that there are no supply shortages as the RHA used the PAHO’s projections to ramp up supplies of PPE, pharmaceuticals, and consumables.

In a press release on Wednesday, the NCRHA said in light of increased intake in emergency departments and the surge in the number of covid19 cases, it systematically implemented necessary measures to expand and boost its capacity to deliver the best possible patient care.

Some of the strategies employed were to mandatory, general and specific and tiered training of various levels of staff including doctors, nurses and ancillary staff, hiring of dedicated officers for work in covid19 facilities, bolstering of the locum pools of officers for replacement of staff on leave, and a compensation system for when the staff works in excess of their contractual time; and the rotation of staff, especially in high traffic areas, to avoid burnout.

“Rotation also provides opportunities for other qualified members of staff to gain experience and expand their respective skillsets. These processes are not undertaken without the direct supervision and involvement of highly qualified senior team medical personnel.”

It added that there was no shortage of PPE, gloves, pulse oximeters, SPO2 monitors, or oxygen tanks and there were daily or weekly stocks checks to ensure stocks are routinely replenished.

“At present, over two hundred oxygen tanks with oxygen gauges are readily available. Oxygen tanks are routinely replenished daily at four- to five-hour intervals to ensure that there is no shortage of supply. In fact, in response to the surge in covid19 cases, the Authority has further initiated an additional 25 per cent ramp up on oxygen tanks to meet the increasing demands. Our current supply is our 200 per cent utilisation.

“In addition to which, the NCRHA has a team of EMTs doing regular oxygen rounds, in tent areas particularly, every three to four hours to check patient oxygen levels. This team also has standing orders to gauge whether or not patients are accessing necessary levels of oxygen – whether to be reduced or increased.”

Ronald Tsoi-a-Fatt, CEO of the Eastern RHA, assured Sunday Newsday that his staff are “dealing with the challenge” of the high number of covid19 patients.

“We have plans in place. We’ve expanded the facilities in our A&E in terms of the capacity to handle (more people) but still, the numbers (of people) are pretty large.”

He explained there were tents outside the hospitals for pre-screening and there was a separate A&E to cover non-covid19 patients in a different area.

“We have a challenge but we’re managing. We keep trying to motivate our staff and we’ve employed a few extra people where they are available, but we are experiencing challenges.”

He said people need to be conscious and observe the health protocols – washing hands, social distancing, wearing masks – avoid gatherings and stay away from work if they have flu-like symptoms in order to slow down the spread of the virus.

“People also have to understand if they have symptoms, they must seek attention early. If you sit and wait at home and reach to a point when you are very ill, then the chances are that you’re going to need advanced care, which means hospital care, which is further putting a strain on the system.”

He stressed that the RHA cannot stop conventional services because of covid19 but they would have to be curtailed. As such, the ERHA still conducts elective surgeries based on the severity of the case, and some clinics were still operating but with a reduced number of people to allow for social distancing.