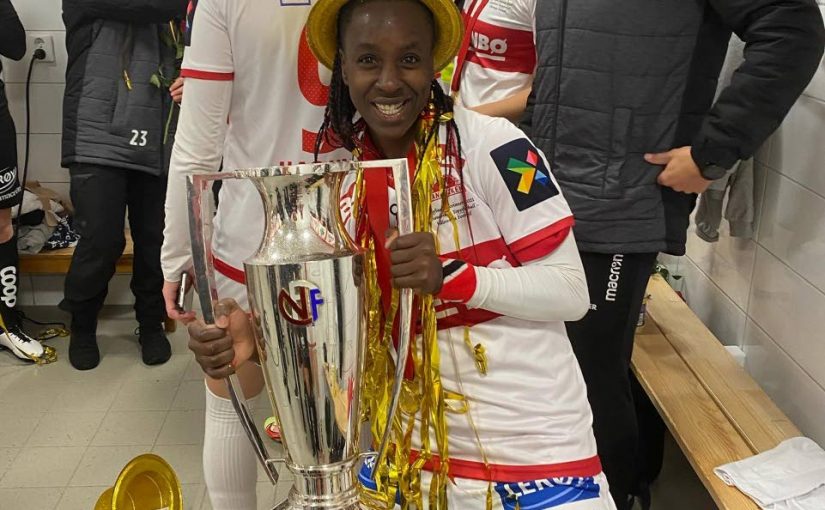 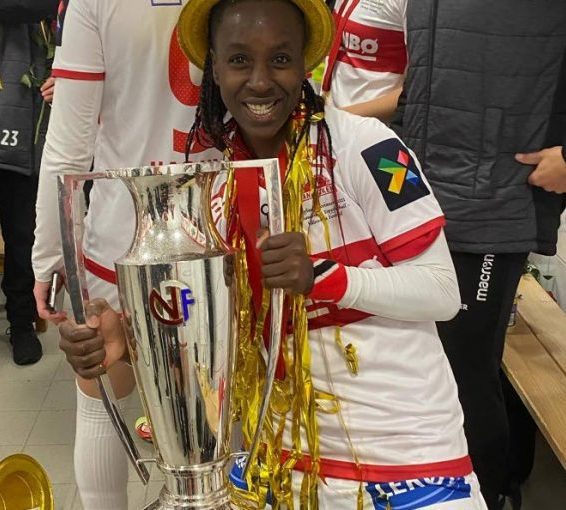 KENNYA “Yaya” Cordner’s pro club IL Sandviken were crowned champions of the Norwegian Women’s Cup after they drubbed Klepp 8-0 in the final on Sunday.

Cordner however, was an unused substitute in the title match. The win saw the illustrious club bring to an end a 21-year Cup drought. They last won the Women’s Cup in 1995.

During the past four seasons, IL Sandviken reached the final twice but had to settle for the runners-up spot.

In celebrating her team’s victory, Cordner posted to Facebook.

“God, if it wasn’t for you, I don’t know if I would of been here today (so) thankful for your mercies and the victory and for being a part of IL Sandviken history-wining 2021 (Cup). Just a little girl from Tobago in Norway living the dream,” she posted.

The striker/winger recently returned to the national women’s team to play to two international friendlies against Panama in October. Both games were drawn 0-0 and 1-1 respectively.

Additionally, this was her, and a few other TT players, first time representing the nation in over two years owing to the pandemic.