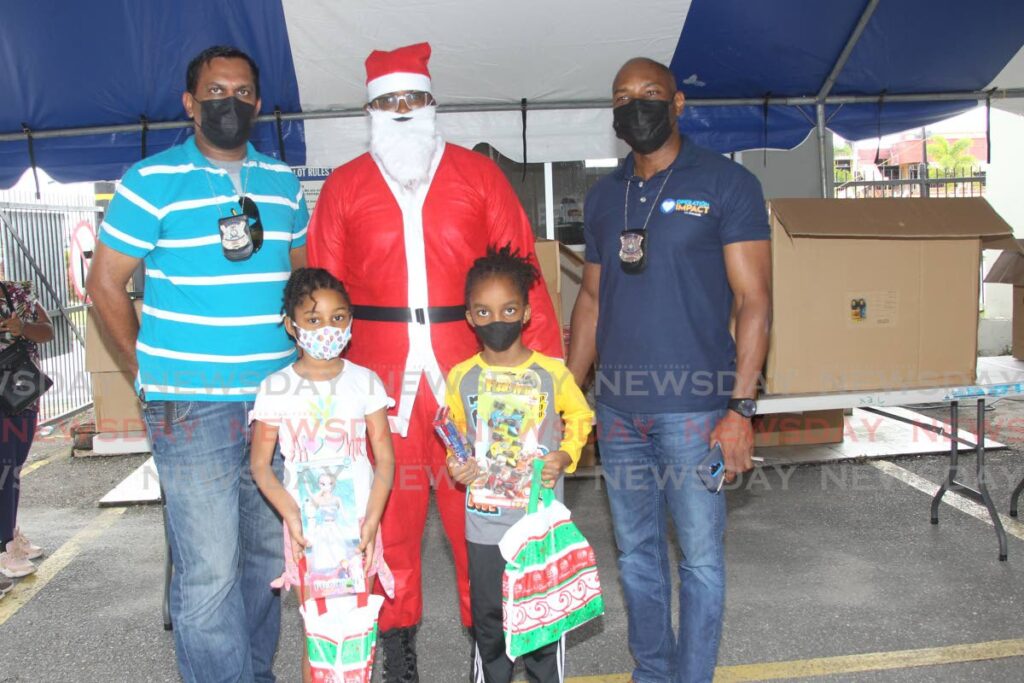 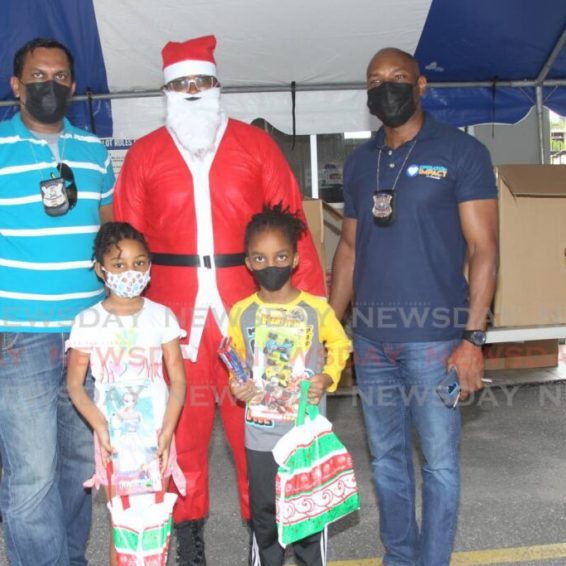 Marabella police collaborated with the business community to host a toy distribution drive on Sunday to spread holiday cheer to children in the area.

From around 10.30 am, children began arriving at Fens car park near the Marabella roundabout to greet Santa (PC Figaro) and collect their wrapped gifts.

Acting Supt Ian Carty of the Southern Division told Newsday that about 200 children were expected to benefit from the drive which falls under the umbrella of Operation Impact.

Operation Impact is an initiative launched in July and led by the head of the division Snr Supt Lucia Winchester.

Carty said, “We believe that, as police, because of the values that we espouse, we are in a unique position to impact lives positively.”

“What we do here in terms of impacting lives is address community concerns, reduce the fear of crime, and restore and maintain public trust and confidence in the police service.”

Marcus Girdharie, the councillor for Marabella South/Vistabella said Insp Ramlogan invited him and three other councillors in the Marabella district. The others were Kern “Texie” Ramdin for Marabella East, Teresa Lynch for Cocoyea/Tarouba and Michael Johnson for Marabella West.

Girdharie said, “The police themselves went to the business community for sponsorship and funding. We, the councillors, simply had to provide the names of families with children who should be present for this Christmas treat.”

Like Girdharie, Johnson said Insp Ramlogan informed him of the initiative.

“It is a symbiotic relationship between the police and us as councillors because we are both in different capacities but with the same purpose – to serve the community.”

“On an ongoing basis, we partner with them for several exercises or just to share information.”