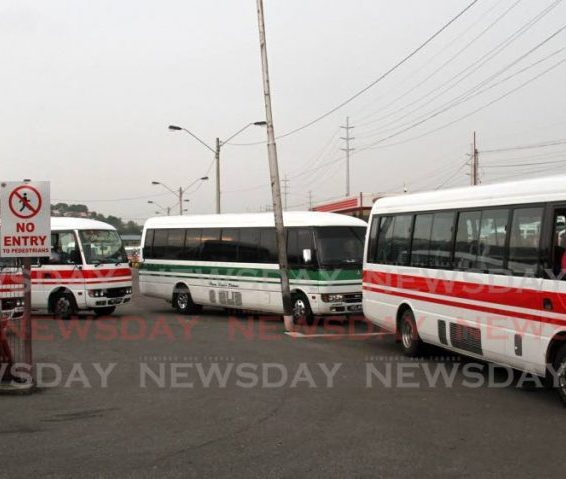 FROM Monday, commuters on the East-West Corridor will pay higher maxi taxi fares, typically up by $1 or $2, and many lamented the hike while speaking to Newsday at City Gate on Thursday.

Route Two Maxi Association head Linus Phillip told Newsday the Port of Spain to Arima fare will move from $8 to $10, the $2 rise typical of long-distance fares, with medium distance fares up by $1, while the $5 short-drop fare will remain, but cover shorter distances than before on the Priority Bus Route.

Trisha Dickson from east Trinidad said, “I think it’s unfair, but we have no choice as we have to reach home. We just have to go with the flow.

“I understand where they are coming from, but it is hard, as everybody has just started back working. People were out of work for such a long time, so it’s hard. It goes both ways.”

Christian Diaz of Arima said, “Really and truly I don’t mind paying. In this economy, everything is tougher for everybody. We should really contribute to the maxi men, as they come out at all kind of hours in the morning. But it would also be nice if our pay could also rise.” He viewed an extra $4 per day in fares as “a small thing,” noting people buy lunch for $45.

Dexter Ramnath of Tacarigua said, “I wouldn’t be too happy, but I could understand their side of it. Two years now they are operating at reduced capacity. They have to maintain their vehicles. Some are still paying off bank loans. I sympathise with them to a point.”

Duane Charles of Diego Martin said, “If gas prices have not risen, why should fares raise?”

Jackie Carr of D’Abadie said, “I’m not a rich person, but I guess with the limited number of seats passengers are occupying, I guess the drivers have to raise fares. You have to take into consideration that they have to do things in their vehicle, put gas, do oil changes. I’m not a driver, but I know a vehicle is hard to maintain.

“I’m not for it and I’m not against it. I’m dead in the middle.
“They have their families. Grocery prices are going up, so they have to live as well.”

Phillip said the changes were listed in a new tariff sheet bearing a signature and the association’s stamp which all maxi-taxi drivers must publicly display before imposing the fare hikes.

He blamed the fare hike on rising costs of maxi taxi inputs coupled with a sharp drop in earnings during the pandemic.

“There is a short drop, which is $5, but the boundary will be much shorter.”

Maxi taxis at City Gate in Port of Spain on Thursday. Photo by Angelo Marcelle

He warned commuters to be very careful in checking that their journey qualified as a short drop, yet also hoped the retention of the $5 fare would help children zoned into nearby schools.

“Five Rivers to Arima right now is a short drop – that is $5, but soon the $5 short drop will be only from Red Hill to Arima. Five Rivers and Arouca to Arima will be $1 more.”

Phillip said the increases were reasonable, and had considered maxi owners and passengers. “We are looking at all the scenarios and what is taking place.”

“Our operating costs, our expenditure, have gone up and our income has gone down tremendously.

“We are facing a tremendous increase in parts. Guys change their oil every six weeks. An oil change (including new filters) has gone up from about $600 to $800.”

Phillip said a maxi owner must change each back tyre once per year and each front tyre twice per year, with each tyre now costing $1,000.

Front brakes cost $80 and back brakes $150, he said, noting other costs like air-conditioning.

“With the pandemic, our income was down. It is a 63 per cent capacity. Further, fewer people are travelling, as schoolchildren are home and many people have been working from home.

“For some drivers it is hard to make ends meet.”

He said many owners had talked with their banks and credit unions and was glad most institutions had been very understanding.

“When we work, we take out money for the maxi, then to pay our bills and to mind our families and send our children to school.”