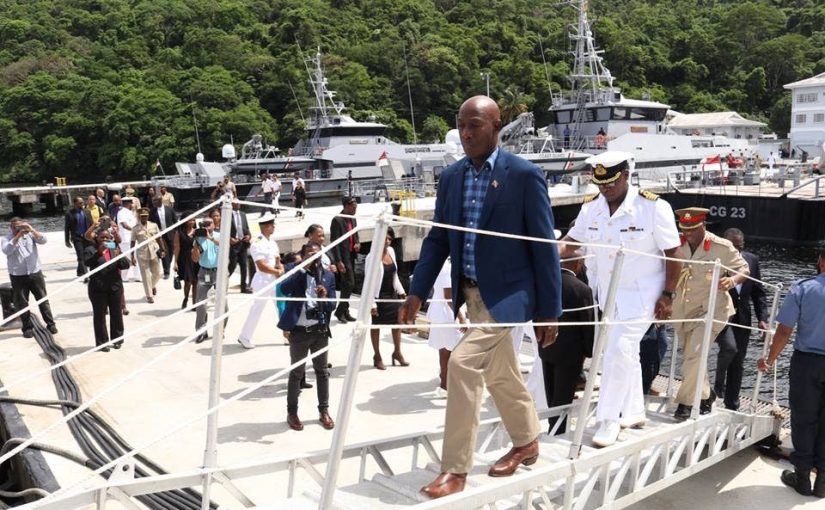 TWO Cape Class vessels which Government is seeking to purchase for the Coast Guard cost US$35 million each.

This was the information today provided by a senior government official regarding a daily newspaper report which claimed the vessels cost US$74 million. A second government official said negotiations for the vessels, which are manufactured by Australian shipbuilder Austal, are still in progress at this time.

The Prime Minister announced Government’s decision to purchase these vessels at a news conference at the Coast Guard’s headquarters at Staubles Bay on July 26. Dr Rowley said these vessels will be used to conduct long-range patrols.

The PM said they are to be accessed through a $2 billion fund for export loan agreements, set up by the Australian government in increasing the ease of access of Australian-built equipment to other Commonwealth states.

He also indicated the TT Express would be sold and two other vessels would be acquired for use on the seabridge.

Couple charged with having guns and ammo

Thu Aug 2 , 2018
A 39-YEAR-OLD MAN and his 23-year-old common-law wife are expected to appear before a Siparia magistrate today charged with having two homemade shotguns and a 12-gauge cartridge. At about 5.20 am yesterday Fyzabad police and South Oropouche CIDs executed a search warrant at the couple’s home at Lake Road in […]