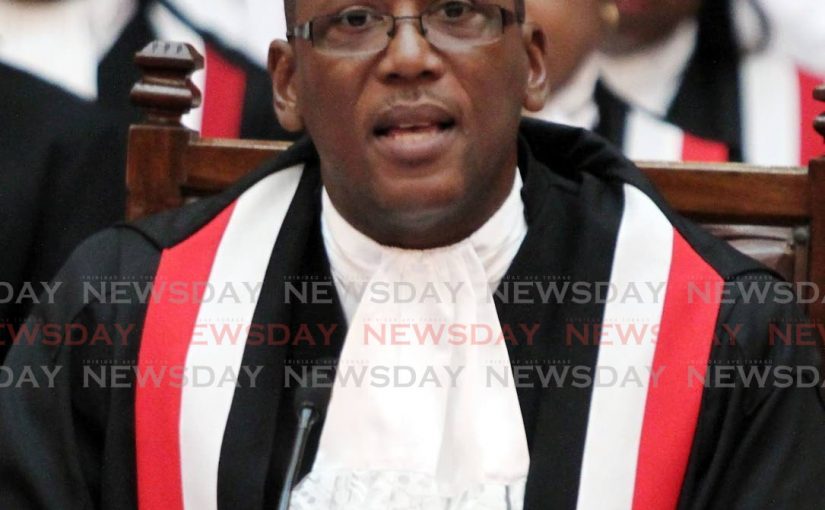 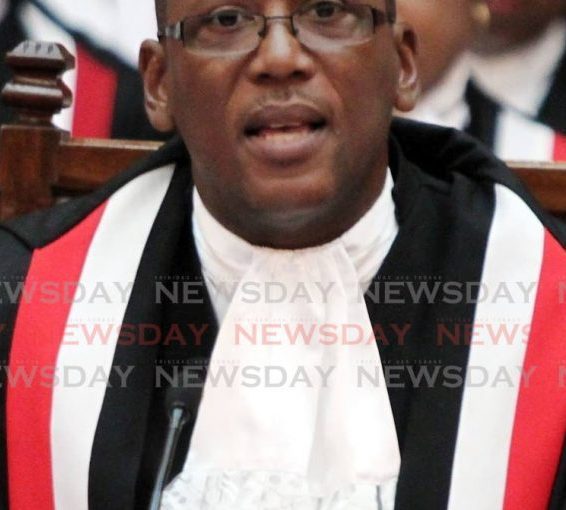 Chief Justice Ivor Archie will again deliver a virtual address on Tuesday for the ceremonial opening of the 2021/2022 law term.

Because of the pandemic, the Judiciary has been operating mainly in a virtual setting.

Last year’s opening of the preceding law term, in October 2020, was also virtual.

A release from the Judiciary on Sunday said Tuesday’s opening will begin at 11 am through its online platforms. The video stream will be simulcast on state-owned television TTT, with a rebroadcast at 5 pm.

Traditionally, the law term would have started in September with a church service, a procession by judges, an inspection of the guards outside the Hall of Justice, and the CJ’s address at the Convocation Hall inside.

But because of the pandemic, the Civil Proceedings Rules were amended last year to suspend the court’s six-week vacation, which usually begins in early August and ends when the new term begins in mid-September. The amended rule took effect for July 31, 2020-September 15, 2021.

Archie is expected to give an account of the Judiciary’s performance over the past term and of the new projects for the new term.

For a second time, the CJ’s address comes after the national budget presentation.

The public sector investment programme (PSIP) document said there was an investment of a total of $15 million in upgrading and establishing court facilities throughout Trinidad and Tobago “with the objective of restructuring the judicial sector, implementing judicial reform, and improving court administration.”

At a cost of $1.1 million, the Judiciary started reconfiguring the Hall of Justice, Port of Spain, to accommodate additional criminal courtrooms and criminal administrative staff offices.

Under the programme for improvement and refurbishment, work continued on magistrates’ courts to establish additional courtrooms, install baggage scanners, and upgrade sewer systems and roofs at various courthouses.

An additional family court facility was set up in Arima and the ICT equipment at various courts was upgraded.

Because of various pandemic restrictions, which included the physical shutdown of courts, virtual-access customer centres were established to facilitate trials in all courts, including the family and children courts, magistrates’ court, and the High Court.

A total of $2.1 million was spent on reconfiguring the video conferencing centre at Golden Grove, Arouca, where there are eight virtual courtrooms.

The document said although the pandemic and mitigation measures challenged the court’s operations, the Government and the Judiciary intended to continue to strengthen judicial structures and systems to be more responsive to society’s needs.

“As the pandemic continues, focus will continue to be on the digitisation of the Judiciary to allow for the uninterrupted functioning and timely access of services virtually,” it added.

From the $122.7 million allocated for works throughout various ministries and departments, work on Tower C, International Waterfront Centre to facilitate the relocation of the civil law department will continue. It was expected to be completed last year, but pandemic restrictions led to a delay, as the construction sector was prohibited from operating for long periods.

For now, the courts remain operating virtually, with limited in-person access to buildings in an attempt to mitigate the spread of covid19.