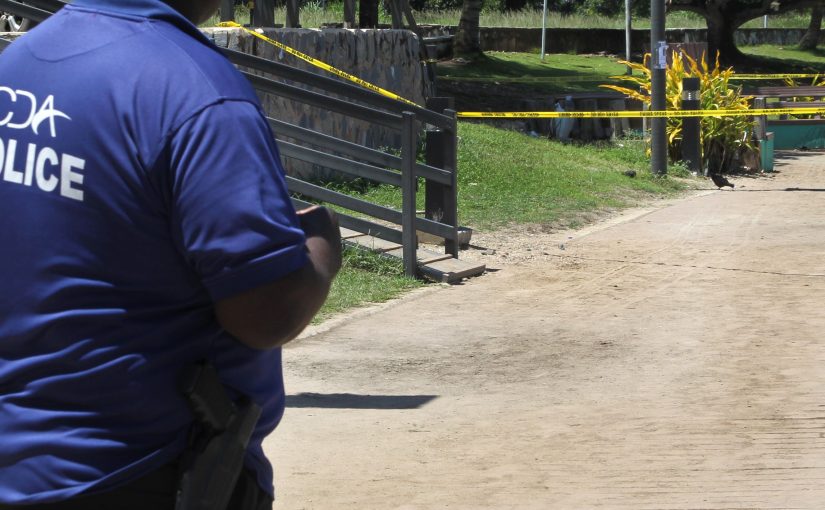 While police are still trying to arrest those behind the death of three men who were killed on the Chaguaramas Boardwalk in July, Chaguaramas Development Authority (CDA) Board member Robert Cezaire says the boardwalk is safer than ever.

Cezaire told Newsday not only has there been a heightened presence of police and soldiers to add to the CDA’s own police complement, but CCTV cameras which were thought to be non-operational are in fact working. Cezaire said however while the cameras were operational, they “had not achieved their intended purpose.”

He explained that the cameras were supposed to be linked to the camera network used by the police service, which is used to gather evidence but that link had not yet been established.

He said the cameras are working and that footage from the cameras is in the hands of the CDA.
Cezaire said since the shooting, the TT Police Service and the TT Defence Force were called upon to increase patrols in the area and there was now a greater number of police and soldiers at the boardwalk. He said there is also counselling available to all workers who saw the shooting.

The post CDA: “Boardwalk Safer than ever” appeared first on Trinidad and Tobago Newsday.

Fri Aug 3 , 2018
EDUCATION Minister Anthony Garcia has been cleared by the Integrity Commission (IC) of a complaint of preferential treatment to a contractor for payments from the Education Facilities Company Limited (EFCL). The complaint was made to the IC by former Education Minister, Caroni East MP Dr Tim Gopeesingh who alleged that […]