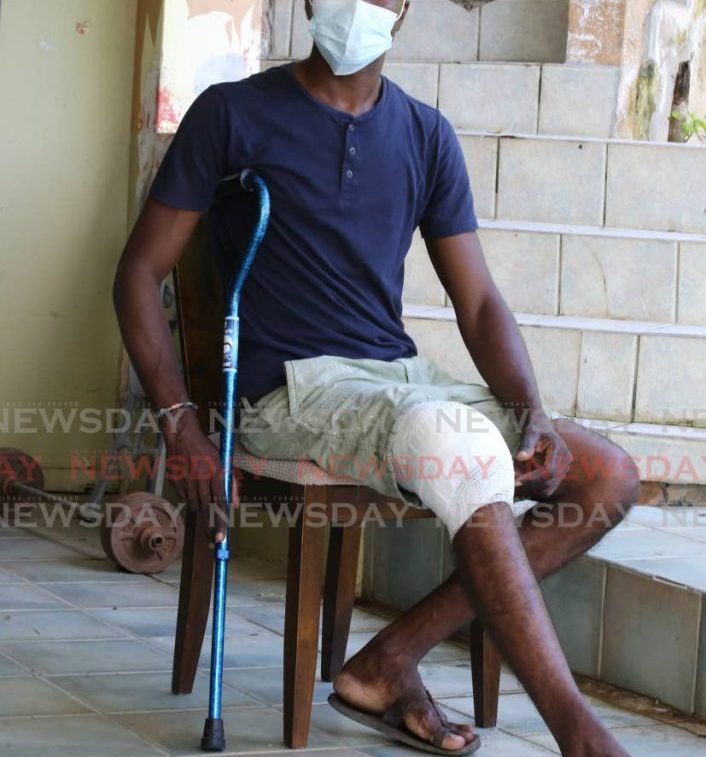 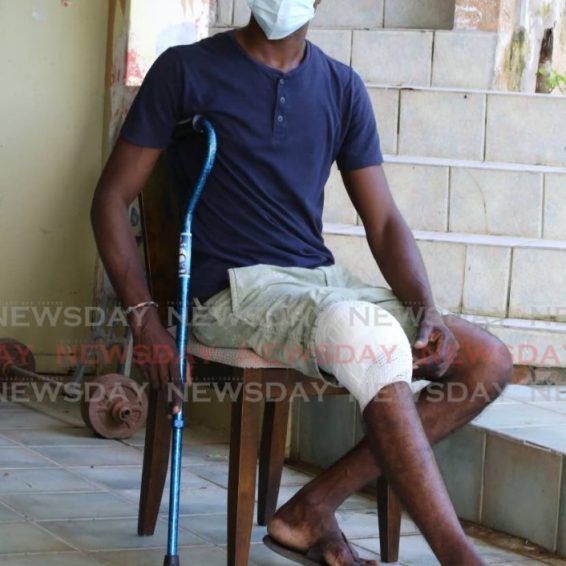 File photo: Vivian Williams shows x-rays of his knee at his home in Cascade. Photo by Sureash Cholai

Landscaper Vivian Williams, 37, is recovering at home after the removal of a giant cell tumour and implantation of an artificial knee on October 8.

He said his focus now is on recovery, therapy, and getting used to the new body part.

In August, Williams, of Cascade, reached out to Newsday to appeal to the Health Ministry to approve a $500,000 part to replace his knee, which had been eaten away by the benign tumour. He had had four operations since 2017 and was facing the prospect of amputation.

In September, he was told the part had been approved, and several tests were done to ensure that he would be able to have the surgery once the part arrived in Trinidad and Tobago.

Williams said the part came into the country on October 7, he was warded on the same day and went into surgery on October 8 at 9 am.

“The surgery was six hours long. I needed six pints of blood and got two pints afterwards to build my blood count back up.

“The stem had to go up in the bone, so they drilled a hole in the marrow of the bone and implanted it there with a special type of cement,. They planted it up into the femur, and down into the tibia.”

He said he starts therapy on Friday, which he hopes will help him become accustomed to living with the implant.

“Since it’s a mechanical part and not a regular part of my body, my foot doesn’t move the way it normally would with the joints, and it’s really awkward. There’s something there, so I have to train the muscles to control it to get a better, fluid movement. I’m hoping with time and therapy I can build and strengthen the muscles (and) will get that control back rather than feeling it going all over the place.”

Williams said he was impressed with the staff at the Port of Spain General Hospital, who were professional and supportive. He said the nurses even recommended that he go to the dietitian, who put him on a high-protein diet to help him build himself back up after the surgery.

He said as far as he knew, this was the first time this particular surgery had been done in the public health system.

Amcham: Budget to re-inject confidence in Trinidad and Tobago economy

“People kept asking me if the surgery had been done here and were surprised, as they’d never seen it before. Even the X-ray technicians said it was the first time they’d seen a device of that size.”

Williams said he planned to take the rest of the year to recover.

“After prior surgeries, I went straight back to work and didn’t give myself time to heal properly and rest. I’ll do that this time and go through the therapy process, and I’d say I’d be back out to work by January 2022.”

Williams is self-employed and employs two people in his landscaping business.

“My employees are doing a really good job. I just need a little more work, a few more customers, to sustain them, as we’re not getting enough work right now. Sometimes I owe them for a week until another job comes in. But they are very understanding.

” Other than that, everything is good.”

Anyone wishing to contact Williams can e-mail [email protected] or call 681-1731.