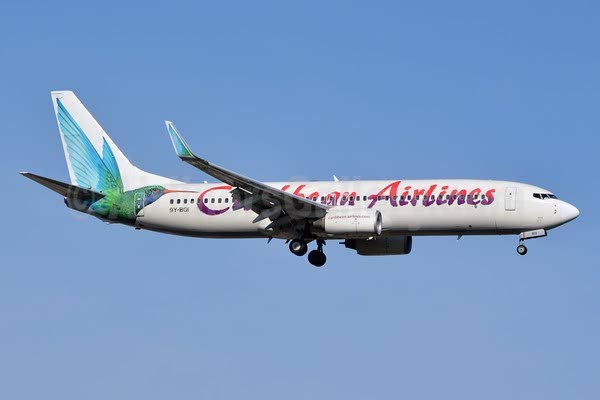 Caribbean Airlines wants TT to know that there is no promotion on at the moment and it is no way affiliated with or connected to the website caribbeanairline-com.

A press release was issued on this after it was discovered there was a fake website saying the airline is celebrating its 12th anniversary and giving away two free tickets to everyone. The fake website has the Caribbean Airlines logo and said there were 51 remaining tickets to give away.

The airline’s corporate communications department issued a release yesterday saying “Caribbean Airlines advises that it is not running any competition or promotion giving away free tickets at this time. Caribbean Airlines is in no way affiliated with or connected to any website or organisation using http://www.caribbeanairline-com.win/. “The airline is unaware of the owners of this website and are advising its valued customers that any information shared on that website is not being shared with Caribbean Airlines.

“Caribbean Airlines is urging its valued customers to please be aware of impersonators who may be seeking to access and use your personal information. Please keep your information secure.

“www.caribbean-airlines.com is the only authorised web address for Caribbean Airlines Limited.”

Dionne Ligoure, head, corporate communications for the airline told Newsday yesterday it “received notification of the website this morning (June 19).”

Immediate action, she said, was taken and the “disclaimer” issued.

She stressed that Caribbean Airlines was not the only airline to experience this in the last couple of days.

Asked if the airline has been able to track the source of the fake website, Ligoure said the airline has notified all of the relevant people whose responsibility is to do that.