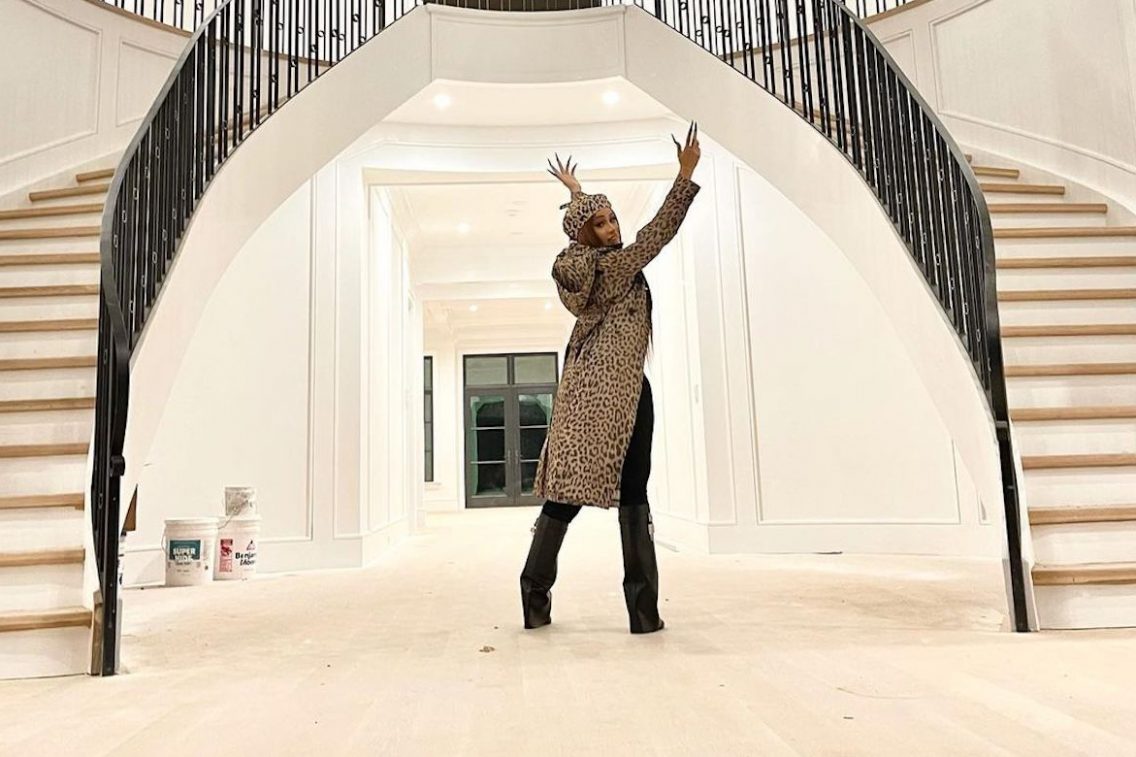 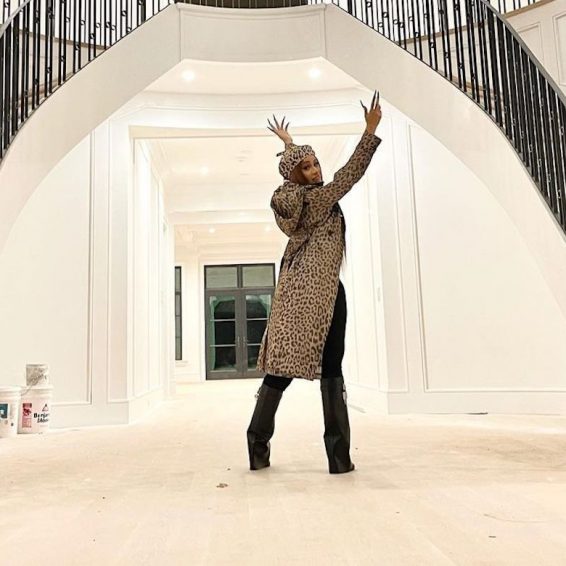 Cardi B Shares Inside Look Of Her Magnificent New York Mansion

Cardi B gave us an inside glimpse of her plush new mansion in New York.

The rapper has shared another of her major accomplishments- owning a house in New York City where she lived and grew up and where most of her family still resides. On Tuesday, Cardi B showed off the luxurious pad, including outside grounds and the guest house. It’s the second home the couple purchased in the past several weeks, with Offset recently gifting her a vacation property in the Dominican Republic, where her father is from.

Cardi owns the $1.5 million investment property in the Dominican Republic, and they are adding to their real estate with the house in New York City. The couple also owns a $5 million mansion in Atlanta.

In a post on Tuesday, the 29-year-old rapper posted a photo of the inside of the house with a large magnificent double staircase and said that it was a dream come through owning a house in her home state.

“These days I don’t just live one place, I’m everywhere due to my work,” she began in a lengthy caption. “One thing for sure I needed a home in my home city of NY! I’ so proud of myself,” she said.

She continued, “I work so hard for my children to be comfortable everywhere they are regardless of work. Me and my husband have always dreamed of having a crib in NY, and we have decided to add to our portfolio of homes, along with Atlanta and LA. Now having a home in NY, I can have get togethers with my family all the time!”

Cardi B also noted that even though she is making strides in life, she still feels unfulfilled.

“I have accomplished so many things yet I still feel far from all the goals I want to accomplish. This is one dream I can cross off.”

She also joked with her fans to “Let me know if ya’ll want a mini tour!”

The inside of the home featured off-white hardwood floors and had two curving staircases on either side of her leading up to a balcony overlooking the entrance and white walls surrounding the stairs. It also appears that the rapper might be or has begun to make changes as several buckets of paint are seen tucked away in a corner.

In later images on Twitter, she posted an exterior of the lawn and the Guesthouse, which appeared to be under construction. The rapper says she has been negotiating to buy the home since May.

“Really ?been in negotiations of this house since May !” she tweeted to a reply about her house. “This is in July as the date shows when the guess [sic] house finally was finish(yes this is the guess [sic] house),” she wrote, adding that she had “been in talks about Amas since September.”

The rapper didn’t share any other photos, and rightfully so since many homes of celebs are being targeted by criminals.

Cardi B and Offset recently welcomed their second child, a son, but they have not disclosed his name to the public yet, and they have a three-year-old daughter- Kulture.