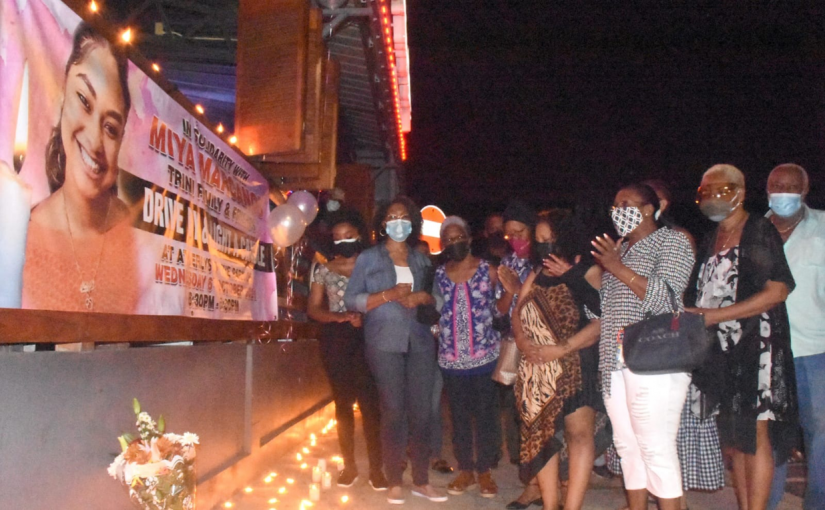 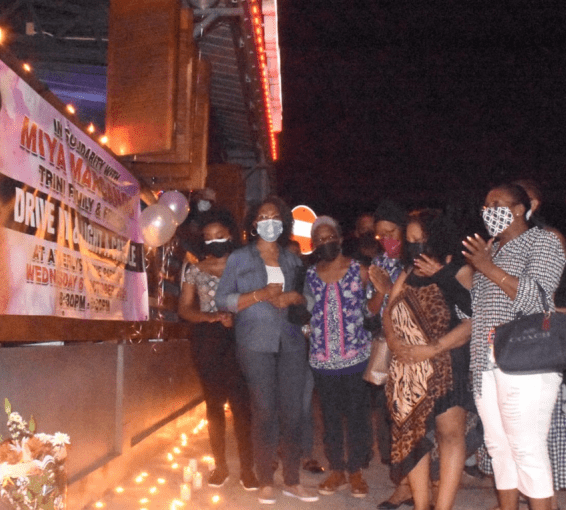 CANDLES illuminated the pavement around Atherly’s By the Park, Cross Crossing, San Fernando, on Wednesday night, as a memorial to murdered teenager Miya Marcano.

In a drive-by procession, friends from around San Fernando who knew her and her family, including proprietor Ian Atherly, lit candles and reminisced briefly before moving on to beat the curfew.

Marcano, 19, was the daughter of Miami-based Trinidadian DJ Marlon Marcano

The Orange Country, Florida Sheriff’s Department found the body of Marcano, on October 2 in a wooded area near the Tymber Skan on the Lake Apartments, approximately 18 miles west of her home.

A purse with her identification was found near the body, Sheriff John Mina said.

Marcano went missing on September 24 from her Arden Villas Luxury Apartments in Orlando, where she lived and worked.

A person of interest in her disappearance and subsequent death, Armando Manuel Caballero, was found dead, apparently by suicide, on September 27.

Atherly, former San Fernando mayor and chairman of the Pt Lisas Industrial Estate, said he had known Miya and her father, who goes under the sobriquet DJ Eternal Vibes, for many years.

“Miya I knew from birth. I held her in my arms. I knew her father and her father’s mother and family for over 50 years.”

He said he had had significant interaction with Miya and her family over the years, both in Trinidad and in Miami.

“It is in her bed my wife and I slept when we go to Miami. She would give up her bed at her grandmother’s home and go to her father to stay until we returned to Trinidad. That does not mean we did not see her during our stay there.”

He recalled, “When she made her last visit to Trinidad and Tobago, it is at my house she stayed.

“She was a darling of a child. She was articulate and pleasant.”

He said in the aftermath of her death, he is now realising how special she was.

“She was gifted with an ability to interact with both adults and children. She was special,” Atherly said.