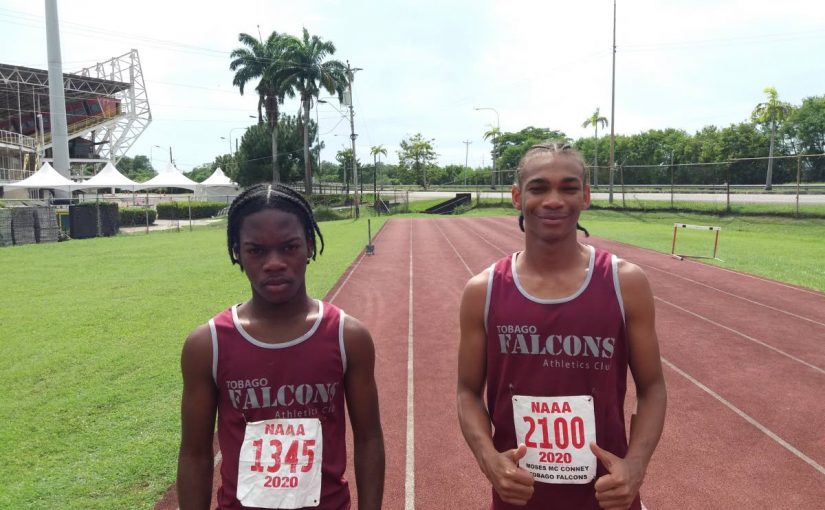 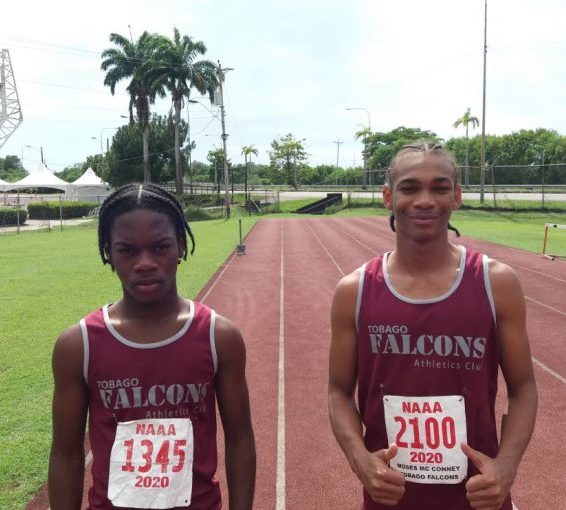 Athletes were vying for the opportunity to represent Trinidad and Tobago at the Pan American Games set for Santiago, Chile from October 22-24.

Campbell, bettered her Under-20 female sprint time from 13.10 seconds on September 19 (in the first preparation meet) to 12.94 seconds last Sunday but had to settle for second position behind Reneisha Andrews of Cougars Athletic Club, who won the 100 metres in 12.26 seconds.

Ashawntae James of RSS Phoenix, the second Tobago athlete in the race, finished fourth with a time of 13.26 seconds.

Andrews did the sprint double for the second consecutive week, after crossing the finish line first in the Under-20 200m in a time of 25.51 seconds.

James, who was allowed to run on her own by the officials after being left in the starting blocks for the initial race, posted the third fastest time of 27.00 seconds.

Lindsay, who finished second in the Under-20 women shot put on September 19, with a throw of 10.89 metres, placed first last Sunday with a distance of 11.20 metres.

Campbell, who won the Under-20 women shot put on September 19, was second last Sunday with a throw of 11.06 metres. Brianna Percy, also of Tobago Falcons, took third with a best effort of 10.50 metres.

Lindsay and Percy where the two competitors in the Under-20 female discus. Percy won the Tobago Falcons showdown with an effort of 35.05 metres, while Lindsay’s best throw landed at 35.0 metres.

Mason Hall Police Youth Club, Tobago Falcons Athletic club and RSS Phoenix were the Tobago clubs making the journey to Trinidad for the second phase of the preparation meet.

During the male Under-20 javelin event, Nathaniel Mathura’s loud vocal celebrations and wild fist pump in the air, drew the attention of everyone in the stadium.

Mathura representing El Dorado East Secondary School, was informed by the officials, that his fifth throw, which was measured at 60.55 metres, surpassed the 59.48 standard required for the Pan Am Games.

Mathura however had to settle for second place behind Anthony Diaz of Point Fortin New Jets, who launched the iron spear to 60.55 metres.

Diaz had already stamped his passport to Chile when he threw the javelin at 60.96 metres in the first preparation meet.

Aaron Antoine of Neon Wolves, who also made the Pan Am qualification in the male Under-20 high jump and long jump events in the first preparation meet, was involved in a titanic dual with Savion Joseph of UTT Patriots, in the long jump, last Sunday.

Joseph had the early advantage when his first jump into the sand pit was measured at 6.96 metres, Antoine saved his best flight for his sixth and final attempt, which landed at 7.15 metres.

While Antoine improved on his 7.12 metres, in the first preparation meet, Joseph fell short in his quest for the 7.08m automatic qualification mark.

Carlleyne Massiah, had the best result for RSS Phoenix on the day. Massiah could not improve on his 52.73 showing during the first meet, in the male Under-20 male 400 metres, but surged to victory last Sunday, in a time of 53.20 seconds.

Massiash was the only entrant in the male 800 metres and stopped the clock at two minutes 18.39 seconds.

McConney Moses and Narbarnie Alleyne of Tobago Falcons, competed in the male Under-20 long jump and 200 metres events.

Moses secured fourth position in the long jump with a best landing of 5.42 metres while Alleyne could not register a legal jump in his six attempts.

In the 200 metres, Moses placed eighth overall in 23.82 seconds and Alleyne was timed at 24.00 seconds, in ninth position. The race was won by Kengell Christopher of UTT Patriots, in 21.99 seconds.

The final preparation meet is scheduled for the Hasely Crawford Stadium this weekend.