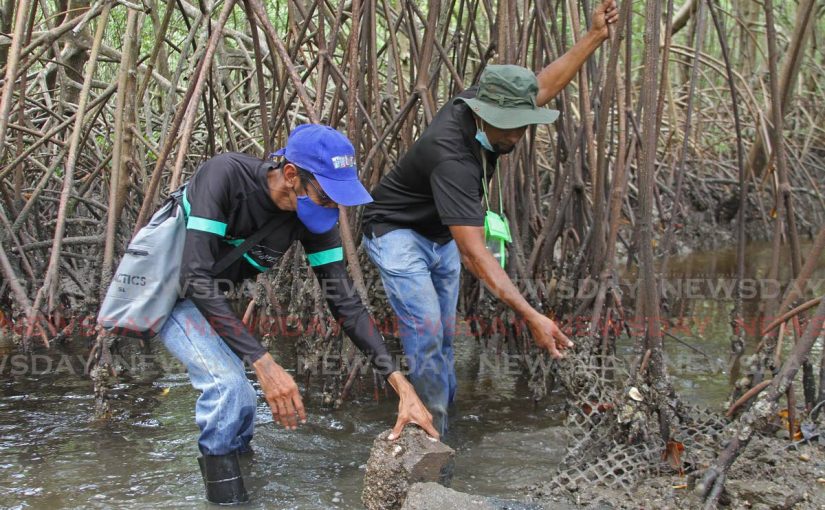 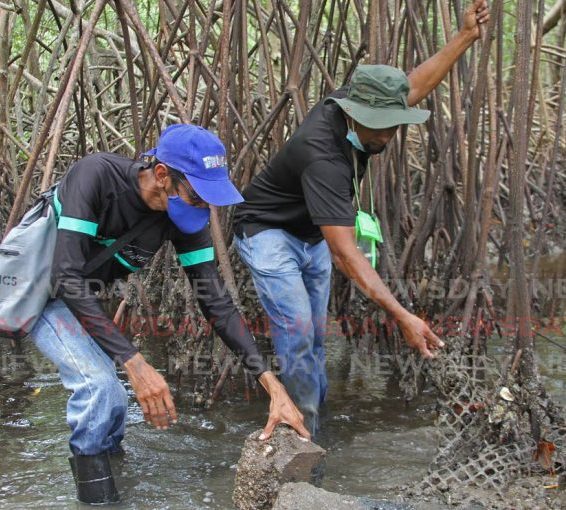 Calls for work to be done at Mosquito Creek river

He said, because of this the river has little to no runoff when rain falls, leading to flooding in areas such as Woodland located upstream.

On Friday, Moodie spoke with reporters near the river to highlight areas where work needs to be done.

“We have two outfalls into the Gulf of Paria. One is the Godineau outfall by the Godineau bridge where they do the cremations, and the second is the Mosquito Creek bridge by Paria Suites.

“What we noticed over the last few years, in times of flooding in the Oropouche basin, is that absolutely no floodwater is coming through one of the rivers which is the Mosquito Creek river.”

Moodie estimates the river is at least 80 feet wide near its mouth at the Mosquito Creek bridge. But further upstream, he said some parts are as little as one foot wide.

He said to survey the river, he had to use a kayak because of the narrow parts.

Moodie is calling on the Ministry of Works to do drainage works on the river to alleviate flooding where possible, or at least mitigate its effects.

“…That river has not been cleaned in 60 years. That river goes straight up to Woodland. What we will have if it’s opened up is 60 per cent of the water that needs to come out to the Gulf of Paria could actually been drained which will make life easier for the residents.

“If the ministry wants, we (the group) will clear a path for them. They could have access, they could bring in their drones and we can take them to sites to the big problems.”

President of the Woodland Flood Action Group Adesh Singh joined Moodie’s call for work to be done on the river.

“If the Mosquito Creek river is cleaned, that will expedite the drainage of water from Woodland and environs into the Gulf of Paria.

Moodie’s group is continuing a series of actions to raise awareness about the need for work to be done on watercourses in south Trinidad.

On September 11, the group led residents of Suchit Trace, Penal, in a demonstration to call for drainage work to be done on the Coramata river.

A week later, Woodland residents were led in a similar demonstration.

Minister of Works and Transport Rohan Sinanan told Newsday the ministry’s southern drainage division has been investigating all drainage issues in south Trinidad and is working on solving them.