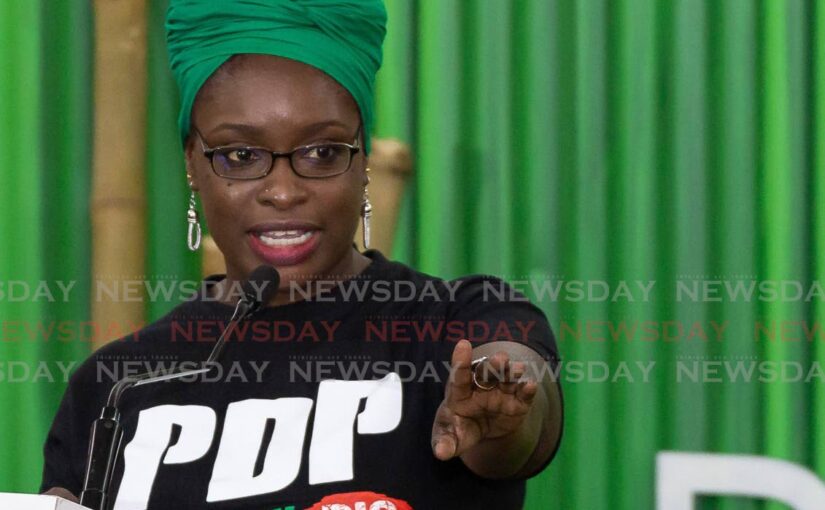 Progressive Democratic Patriots (PDP) deputy leader Dr Faith BYisrael has criticised the Division of Health’s management of covid in Tobago, saying the Scarborough hospital has become “the epicentre of infections.”

BYisrael was speaking on Monday evening at a virtual political meeting at Rovanel’s Resort and Conference Centre, Bon Accord.

On Tuesday the division reported 60 new covid19 cases, which took Tobago’s active total to 683 – 57 in state isolation, 620 in home isolation, and six in ICU. There were also seven deaths between Saturday to Monday, pushing the island’s covid19 fatalities to 123.

BYisrael, a medical practitioner, said, “We all know we have no parallel system here to deal with covid patients We continue to have the epicentre of the infections being at the hospital. And that is happening, which prevents so many people who have other illnesses from wanting to go to the health facilities.

“And because of that, heavenly father only knows what we will have to deal with – not just covid but everything else that we neglected over the last two years that will come to bite us.”

She added that the expansion of ICU capacity remains a critical issue.

“And then I remember the day after we had to say condolences to the friends and the family of those who died.”

Two weeks ago, the division said work on the new ICU facility at the Fort King George facility was 75 per cent complete. The facility is expected to increase the island’s ICU bed capacity from five to 11.

Health Secretary Tracy Davidson-Celestine said this would “relieve the pressure at the Scarborough General Hospital in terms of treating with those persons who would need high-dependency care.”

She said, “The fact is, our healthcare woes did not start with covid. Covid19 only amplified the failed system that we had been dealing with for the last 21 years.”

She said Tobagonians have got accustomed to blaming health personnel when they encounter problems accessing quality service.

“Many times these very individuals who we are quick to blame, we do not know the sacrifices they have made…Those very people have been holding up the entire system on their shoulders. We cannot blame them, they are only one part of the system.”

BYisrael also alleged the covid tent to assess people at the Scarborough hospital is full and overflowing.

“Those people are now being seen in the Accident and Emergency. So, we now have a situation where people who may or may not have covid going into the A&E, and we now know what that means.”

BYisrael said the new Moriah Health Centre could have been utilised as an infectious control centre.

“They could have repurposed it.

“Because of it’s specific location, because it’s right next to the field , if we have a situation where we have overflow you could have put those same tents could have gone next to that field.”

Asked via WhatsApp whether BYisrael’s claim that the hospital has become the epicentre of covid19 infection, Davidson-Celestine did not respond up to press time on Tuesday.