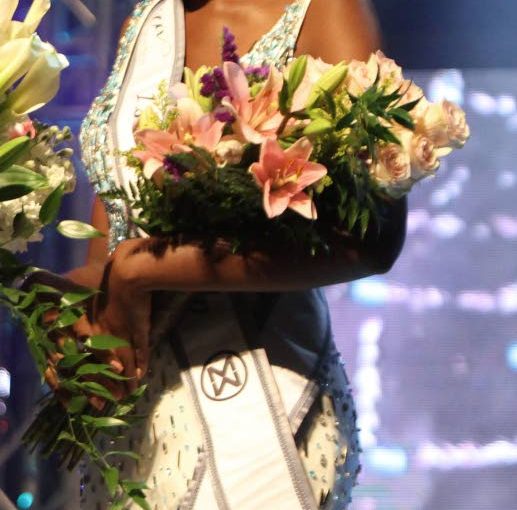 KIERAN ANDREW KHAN First-runner up in this year’s Miss World TT pageant, Britney Smith, has not just lived in South Oropouche all her life – but also made meaningful contributions to the community that helped shape her. Having won or placed in the top three in several pageants nationally over the past seven years, she’s taken the magic of rural TT across the pageant stage and into the classrooms and community centres to help motivate and inspire the younger generation. “By profession, I’m a secondary school teacher,” she illuminated as we started the conversation just over a week after the local leg of the gruelling competition. “I’ve been heavily involved in community work where I live – from the South Oropouche Village Council to the South Oropouche Police Community Council too. nike free rn womens core black the sole supplier The first acts as a liaison between government agencies and the villagers, stepping in to be a force of change where needed. The second focuses on the safety and security of the residents,” she pointed out. “Both also engage in fun activities, walkabouts and various days of celebrations too; with the point being to create a better community.”

Her first taste of pageant life would be in 2011, on the advice of others. She emerged the winner. “I felt a real change within myself afterwards; as I was quite introverted at the time and would not even dare speak at public events up to that point. 2017 acquistare adidas zx flux donna offerte sport1521 Some time after that, I looked into it a bit more and joined the Total Person programme at House of Jacqui modelling agency and at that point there was no looking back!” she recalled. Smith continued to pursue her tertiary education afterwards while also pursuing success at numerous pageants, much to the chagrin of others who saw it as a distraction. “It really worked hand-in-hand, I would push myself really hard at school and the pageants gave me a goal to work towards and helped to develop my confidence and sense of self as a person,” she acknowledged. Two Sundays ago would be the pinnacle of that pursuit. sl837 scarpe nike internationalist jcrd outlet online italia nike “Knowing that this was local leg of the biggest international pageant did give me some jitters. pzj28 piu economico perfetto asics gel lyte v donna vendita 76202320 But I have always pursued these competitions with the support of the small community I came from. I constantly reminded myself that I could not let down the many young women who would be messaging to support me and who would draw inspiration from it too. air max 90 hyperfuse red buy model aviation I was putting South Oropouche out there and letting people see the good that comes from our area. “Regardless of the outcome, I knew something good would come from this entire experience. chaussures nike air max 2018 noire rouge couleur pas cher jusqu a 71 I was happy to be able to use the platform to raise awareness for holistic education under the Beauty with a Purpose theme, to let people know that many opportunities simply don’t get to young people down here in South Oropouche, and to show younger people that education can be a means to rise above a rural mentality and to see the bigger picture and the wider world really,” Smith said. That sense of education as a tool to a better life is one that she has taken into her own hands to share with others based on her own experience. “I kept a homework centre, free of charge in our community centre, two years ago. Afterwards I started tutoring children at SEA levels while moving on to teach foreign languages at the Secondary School level. I am moving on to a new school this term which I am excited about. I have worked in the public and private systems and in both the city and countryside schools too. This time I’m excited to return to the city,” she told WMN. “I don’t know what plans God has for me, whether I would return to a stage or not, but I do want to take the things I learnt in my years doing pageants, to help create a more contemporary feel to education. I think both sexes could benefit from learning how to walk, talk and present themselves to people; from etiquette classes and the like. If I had been exposed to this at an earlier time I my life it would have definitely benefited me too.” In the interim, she hopes to catch up with ‘the girls’ – the other delegates of the pageant, away from the training and tight schedules and perhaps to offer some values and insights to the competition next year too.
Next Post

Sun Aug 19 , 2018
VALDEEN SHEARS She admitted knowing a feeling of hopelessness while being in her first trimester with one of her six children. adidas tubular instinct vintage white core black ftwr white 5841 And again facing that feeling of doom with her last child. Her eyes filled with tears, just thinking that […]