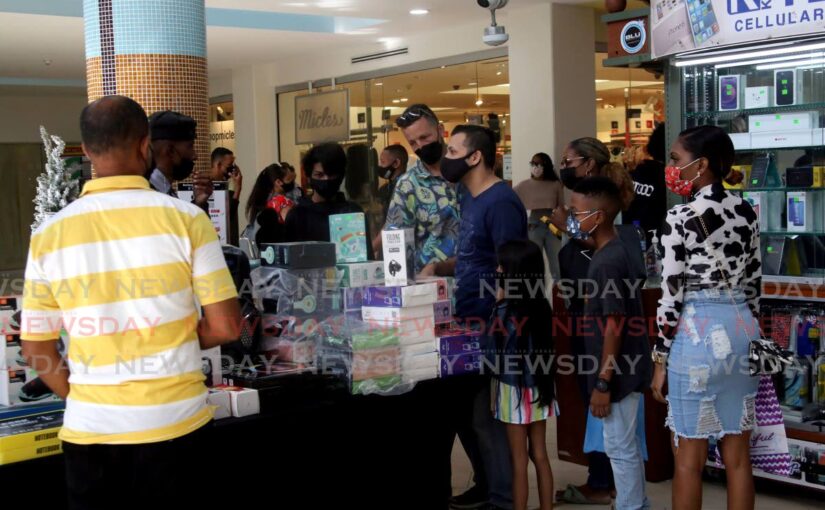 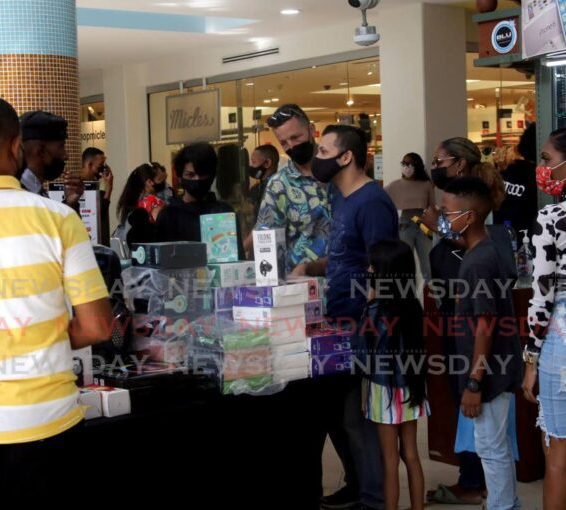 Crowds of people headed to Trincity Mall on Sunday to take advantage of Boxing Day sales, but the turnout was not the same as it was pre-covid19 some businesses said.

A Francis Fashions/Shoe Locker manager, who wished not to be named, said there were bursts of crowds throughout the day, but the sales were not as high as years before.

“It is a little better than last year, but not by much,” the manager said.

“For the day we would have a crowd of people, then a lull, then another rush. But before covid19 you could barely have space to move in here for Boxing Day.”

Margaret Bholasingh, manager of Sport Outlet said while the turnout was not as high as before, there was still a steady flow of customers.

“It is a combination of covid19 and some people still trying to watch their spending. So it is a little slow, but customers are still shopping.”

Gary Martin, a salesman at an electrical kiosk in the mall said the sales was fair for all the businesses in the mall.

“People’s pockets are a little thin but they are still buying some items. We also have items that are affordable so people are coming to buy those. So for us it was fair because we also try to give as much quality as we can for an affordable price.”

Shoppers at Francis Fashions in Trincity Mall check out the bargains during the annual Boxing Day sale. – SUREASH CHOLAI

He said customers are buying electrical items such as speakers, headphones and cellphone cradles for cars.

“People generally like electronics and the accessories that go along with them,” Martin said.