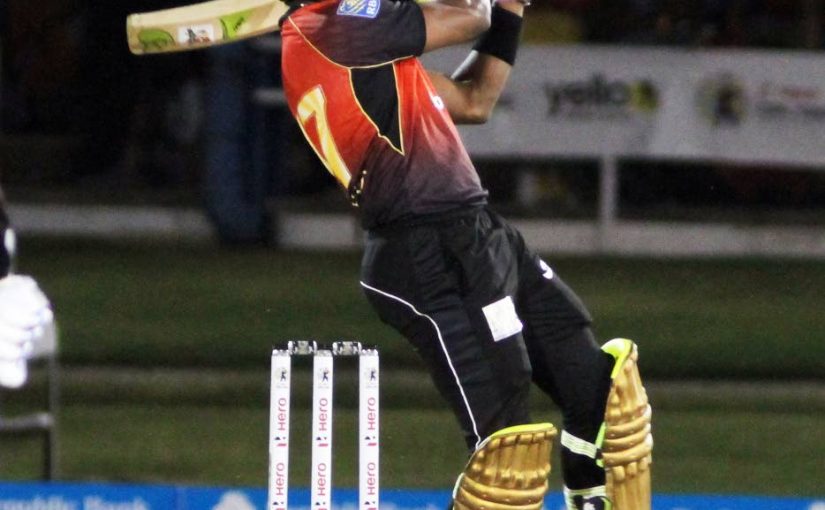 DEFENDING champions Trinbago Knight Riders must be ready for battle, as they embark on a four-game away campaign in the Hero Caribbean Premier League (CPL).

The Knight Riders began the defence of their CPL title with a 100-run hammering of St Lucia Stars on Wednesday, but then suffered a pair of defeats – by four wickets against Jamaica Tallawahs on Friday and by 42 runs against St Kitts/Nevis Patriots on Saturday.

Now, they have left the comfort of their home at the Queen’s Park Oval in St Clair and will start their away trip with a contest against the Stars tomorrow at the Darren Sammy Cricket Stadium, Gros Islet, St Lucia.

They follow that fixture with a visit to Florida to face Jamaica Tallawahs in Florida on Sunday, then face St Kitts and Nevis Patriots in St Kitts (August 26) and head to Bridgetown to meet Barbados Tridents (September 1).

Knight Riders manager Colin Borde, in an interview last evening, said, “We are on the road now and playing in enemy territory, so we must be ready for battle as is expected.”

He continued, “We have certainly known that this journey will be a rough one but we are up for what’s ahead.”

Borde noted that there are no major injury concerns within the squad.

“The team is healthy,” he said. “All the players are being worked on by the medical team.”

How is the mood in the camp after the back-to-back losses? Borde replied, “The mood is still upbeat. We are staying together always and working for each other. No need to panic, we have a team that has the ability, drive and commitment to move forward in this tournament.”

Sunil Narine, who impressed as an opening batsmen in the Indian Premier League, is yet to find form at the top of the order, but Borde is not ruling out the possibility of changes – both in terms of the starting XI and the combinations (batting and bowling).

“The captain (Dwayne Bravo), coaches and management will decide the composition of the starting XI as we get closer to game-day,” Borde pointed out.

The post Borde: TKR must be ready for battle appeared first on Trinidad and Tobago Newsday.

Wed Aug 15 , 2018
THE boats in the A-Class (130mph) category for the Great Race will have to look behind because the Jumbie is coming. Jumbie returns after a two-year absence this Saturday – just in time for the 50th edition. Jumbie throttleman Justin Decle declared, “We are trying to win this year so […]