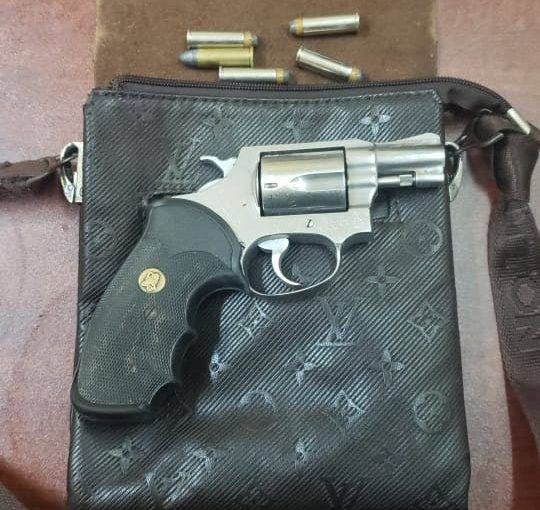 A gun, leather bag and five rounds of ammunition found by police during a raid in Belmont on Wednesday. –

Two Belmont men are expected to be questioned by police after they were arrested and a gun seized at their house early on Wednesday morning.

Police said members of the Port of Spain Task Force went to a house at Rudolph Charles Link Road, Gonzales, Belmont, at around 4.10 am, and found a revolver and seven rounds of ammunition in a leather bag under the house.

A 27-year-old man was arrested in relation to the gun.

A 23-year-old man who was also in the house was arrested in relation to several reports of shootings in Belmont.

They were taken to the Central Police Station.