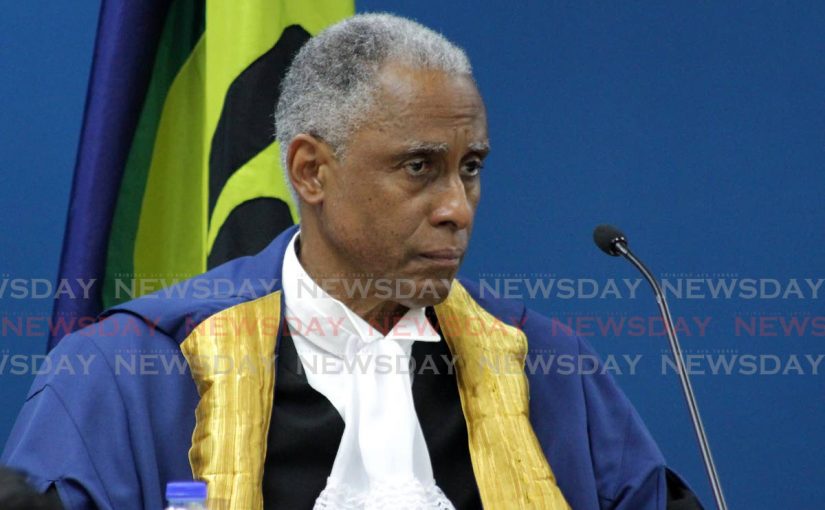 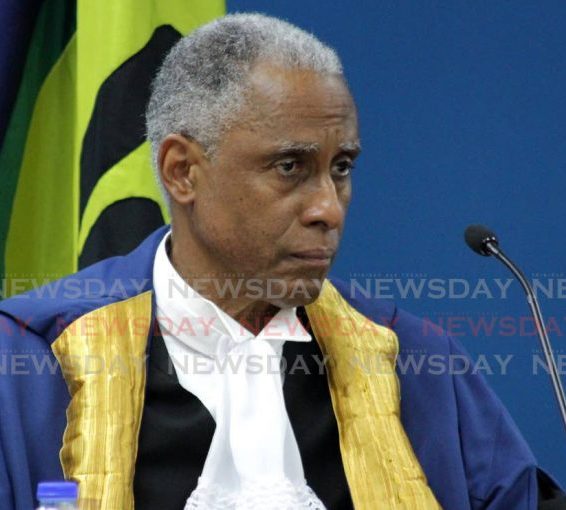 CCJ President Adrian Saunders who was presiding over the case in which Belize accused TT of not applying the Common External Tariff on sugar imported outside of the Caricom region. FILE PHOTO –

THE GOVERNMENT of Belize will no longer seek compensation from Trinidad and Tobago for allegedly failing to apply the common external tariff (CET) tax on brown sugar imported from outside the region from November 2018-June 2020.

On Wednesday, attorney Andrew Marshalleck, SC, who is representing the Government of Belize in an original-jurisdiction claim against TT at the Caribbean Court of Justice (CCJ), admitted it was no longer seeking compensation and much of the declarations it initially sought against this country.

Belize has accused TT of failing to apply the CET tax on brown sugar imported from outside the region from November 2018-June 2020.

Over two days, the Caribbean Court of Justice (CCJ) is hearing a complaint by Belize claiming TT breached the Revised Treaty of Chaguaramas by failing to apply the CET of 40 per cent on imports of brown sugar from Guatemala and Honduras.

The CET is a single tariff rate agreed to by all members of Caricom on imports of a product from outside the Caribbean Community. Goods imported from third countries are subject to the duties listed in the CET, but goods from Caricom countries, certified to be of Caricom origin,  generally enjoy duty-free status.

Belize also included St Kitts and Nevis in its lawsuit. However, in January those two countries settled the trade dispute over brown sugar, according to reports.

Belize has alleged that because of the treaty violation, Belize Sugar Industries Ltd (BSI) and Santander Sugar were losing sales to these countries. It was also alleged that the Caricom secretariat had failed to ensure TT imposed the CET.

Belize is seeking a ruling from the CCJ that requires the full application of the 40 per cent CET on brown sugar imported from non-Caricom sources.

In its lawsuit, Belize contended it had evidence to demonstrate that between November 2018 and June 2020, brown sugar produced outside the Caribbean region entered the market of TT without the CET being imposed.

Marshalleck’s concessions at the start of his closing submissions after acting assistant director trade development and promotion in the Ministry of Trade and Industry, Trudy Lewis, testified virtually at the hearing.

Marshalleck admitted the evidence relied on by Belize was circumstantial. However, he said TT failed to rebut the prima facie case advanced by Belize.

He said even if there was direct evidence that taxes were imposed on brown sugar imports, there could have been shipments that gave rise to market distortion.

Lewis had been questioned about the implementation of the CET on sugar imports. She said after the claim was filed, the ministry sought to find out but was advised there was no such evidence to support Belize’s allegations.

She said while the ministry did not investigate, it relied on the Customs and Excise Division to provide the information.

Lewis also said it would be difficult for anyone to do what Belize was alleging that false declarations could have been made with brown sugar being identified as refined white sugar which carries a zero-rating.

“If you have direct evidence from Trinidad and taxes were imposed but there is no contradiction, the two can be true,” Marshalleck said.

“Look at the market realities since the bringing of the case,” he suggested.

In his closing submissions, Terrence Bharath, who represents the TT Government, said the Belize case was speculative and based on supposition and presumption.

He said there could be varying reasons for the market fluctuations and determine why sugar was not being bought from Belize during the period in question.

Bharath said there was no evidence of a price fall in 2019 to support Belize claim that if the CET had been properly applied it would not have been at that figure.

At the end of the proceedings on Wednesday, the judges reserved their decision.