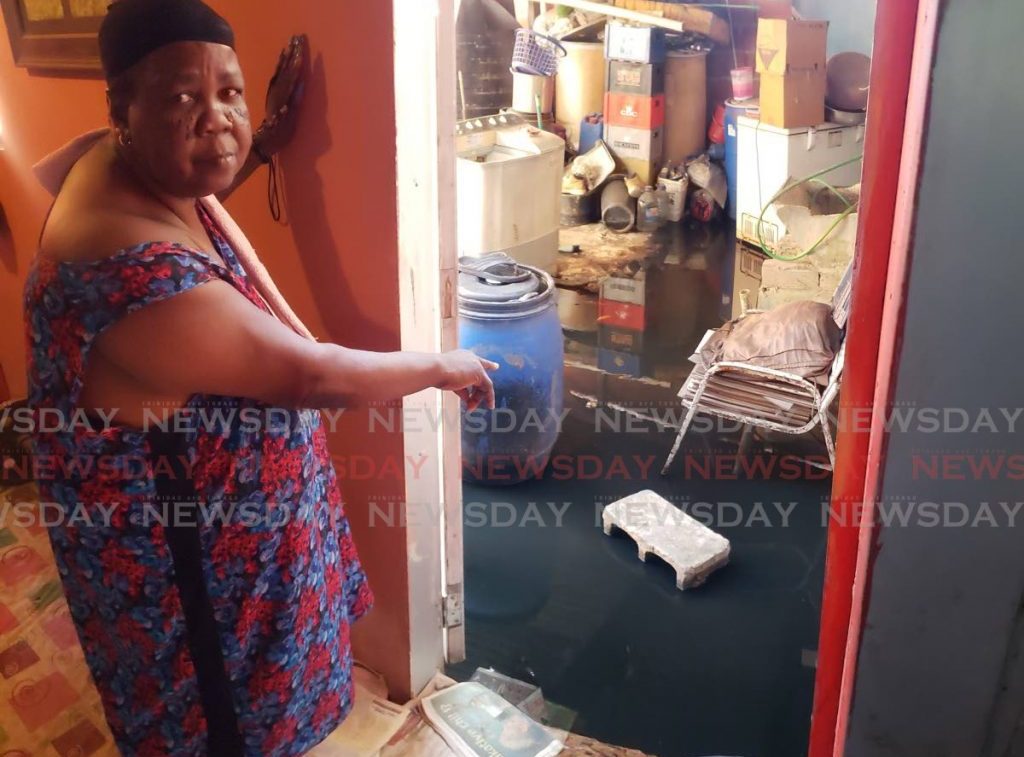 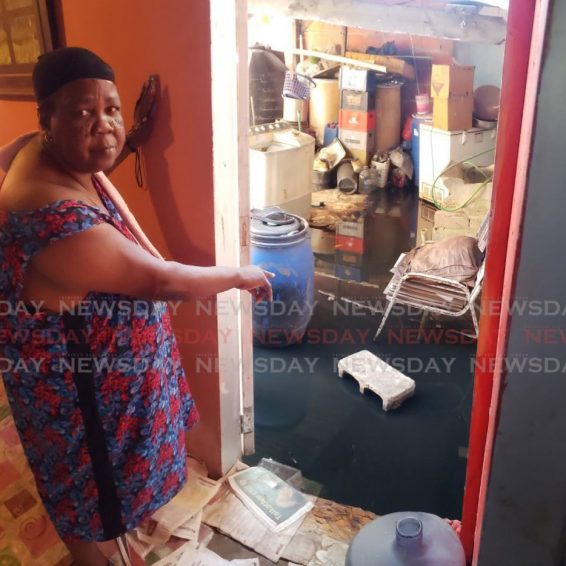 A man walks past a manhole from which sewage has been gushing at Main Street, Beetham Gardens. – ROGER JACOB

AFTER breathing a sigh of relief after a major sinkhole, caused by a ruptured sewer line, at Main Street, Beetham Gardens was repaired after weeks of complaining to the Water and Sewerage Authority (WASA), residents are once again under pressure.

At least ten households are now affected by sewage backing up into their bathrooms, toilets and yards. The affected residents live on 17A and 17B Streets.

Shanice Marcelle told Newsday she had to stay away from work on Tuesday because her bathroom and backyard were flooded with sewage and worms.

She said the problem started about two weeks ago and accused WASA of giving her the runaround.

Shanice Marcelle’s backyard at 17A Street, Beetham Gardens which has been flooded with sewage for the past two weeks. – ROGER JACOB

“Every week WASA say they coming but they have to request to get the equipment to do the job.”

Marcelle said her six-year-old daughter complains of headaches and nausea because of the scent.

Another resident, Sherry-Ann Frederick, said the sewage water in her bathroom has not subsided in over 17 days. She has created a sand embankment in an attempt to prevent it from entering her toilet.

“Two weeks aback I put the sand here,” she said.

Another resident said she has unable to cook at her home for the last two weeks and sleeps at her relatives.

She said she contacted WASA over five times.

Sherry-Ann Frederick shows the sewage which has backed up into her shower and the sandbank which she made to prevent it from reaching her toilet. – ROGER JACOB

“WASA came and pumped the water at my home but they not getting to the problem.”

Newsday also saw, what appeared to be, sewage gushing out of four manholes along Main Street, flooding the nearby streets.

When Newsday contacted WASA’s corporate communications manager Daniel Plenty, he said he was unaware of the situation at 17A Street but would look into it.

Laventille West MP Fitzgerald Hinds was also contacted. He said he was unaware of the situation since neither residents nor the councillor contacted him, but admitted that the sewer system backs up in that area from time to time.

“We get WASA to clear the back-up. We did that a few months ago.”

He promised to contact WASA and have the matter addressed promptly