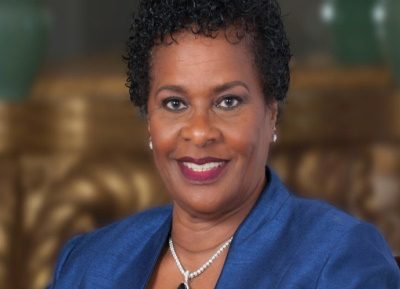 As the Trinidad and Tobago Parliament prepares to vote on a motion filed by Opposition Leader Kamla Persad-Bissessar to begin the process to remove President Paula-Mae Weekes from office, the Barbados parliament has elected that country’s first president on Wednesday.

A report in the NationNews newspaper on Wednesday, said the House of Assembly and Senate voted 27-0 and 18-0 respectively in favour of Mason. There were no other nominees in this exercise. Barbados prime minister Mia Mottley and opposition leader Bishop Joseph Atherley both agreed that Mason should be nominated to become Barbados’ first president when the House of Assembly debated the Constitution (Amendment) Bill 2021 on Tuesday.

Mottley said, “Barbados naming a head of state will take us to where we want to be. The name of Barbados won’t change. We don’t need to do that to advance. We are not changing the date of Independence, so these are simple things we believe are necessary at this point.”

Browne acknowledged the announcement that Barbados’ current governor-general will “become the country’s first native head of state, replacing Her Majesty Queen Elizabeth II, when she is sworn in on November 30.”

Browne said Barbados has always been a pioneer in identifying and supporting the rights of the Caribbean and small developing countries.

Photos of the day – November 22

“With the president at the helm in Barbados, the country is destined to make a more significant mark on the multinational forum.”

He promised that TT will continue to work with Barbados in order to ensure that the concerns of Caricom and all other developing countries remain at the forefront.

Prior to becoming governor-general in January 2018, Mason was a a practising attorney who had served as a high court judge in Saint Lucia and a Court of Appeal judge in Barbados. She was also the first woman admitted to the bar in Barbados and served as chair of the Caricom commission to evaluate regional integration.