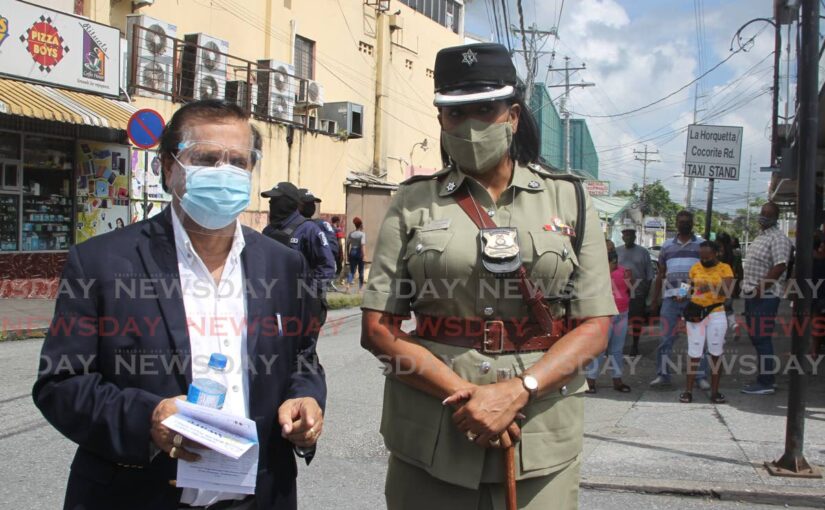 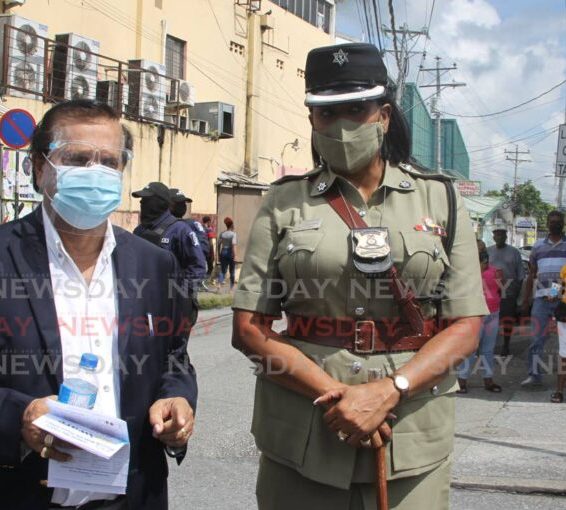 The Arima Borough Corporation launched their anti-crime plan ahead of the Christmas Season. Specially invited guest, Head of the TTPS McDonald Jacob and senior police officers at the
Bus Terminal Lay By, near the Arima Velodrome, Arima. – Photo by Roger Jacob

CEO of ADM Export and Import Distribution Balliram Maharaj is predicting a gloomy Christmas for Trinidad and Tobago because of a decrease in world food production.

He made the statement at the launch of the Eastern Municipalities 2021 Christmas Anti-Crime Plan at the Arima Bus Layby in Arima on Friday.

He said very few governments, other than China, have advised people to stock up on food.

As an importer, he said, he had noted: “World food production…has dropped by 50 per cent, and China is buying up 50 per cent. So I am telling you we’re looking bad for food in this country. We have to learn things and understand, people have to be careful.

“The economy is down over the world, we are not single in this. Pay attention, please. I will normally buy five or six containers of something, I am not getting it. We have a dim Christmas for food.”

He called on the government to give the police the necessary resources needed to fight crime.

Maharaj made an impassioned plea to people to get vaccinated to fight the covid19 virus.

“I lost my wife, and it’s not easy. I wouldn’t wish my enemy fall under that with this pandemic.

“She had a little cold, complained, hospital, left in the ambulance – came back in a box, and a hearse.

“I lose sleep at night. We need to get that vaccine. Don’t go through what I went through, losing a wife after 60 years. I still grieving.

He said social media were confusing people’s minds when it came to the vaccine, and took off his jacket to show the scars from his childhood vaccinations.

“When I was a child, I had to take measles, smallpox, tetanus, tuberculosis, what is it now? When people have a problem with the vaccine, go to a doctor and consult, that’s your right. I’m making a call on the doctors of the land to charge people less when they come to you for that.”