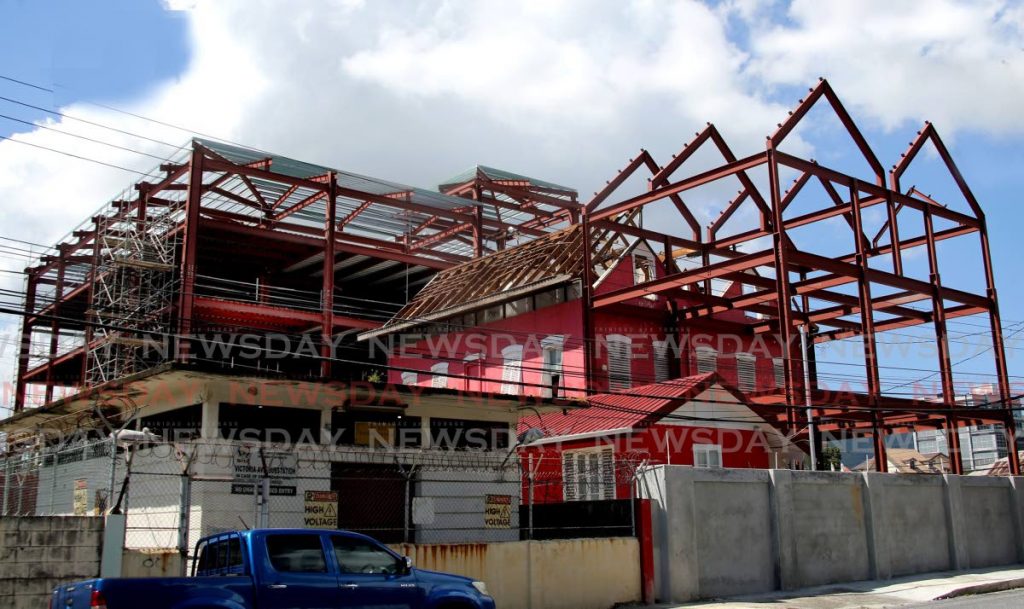 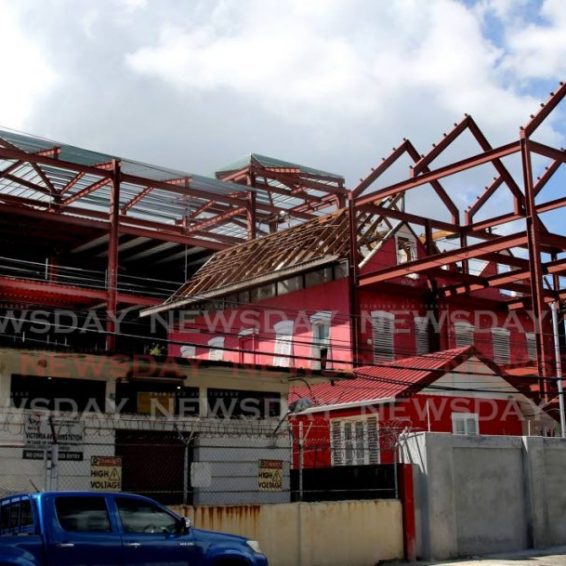 PNM headquarters, Balisier House, is left exposed to the elements after its roof was removed with no covering to replace it. A new steel-dramed building is being constructed on its grounds at Tranquillity Street, Port of Spain. Photo by Sureash Cholai

The roof of Balisier House – the headquarters of the People’s National Movement (PNM) on Tranquillity Street in Port of Spain – has been removed during the rainy season and the building left exposed to possible water damage.

The building, apparently a converted early 20th-century house, in Newtown, is being restored and a steel-framed structure being put up in the grounds.

When Newsday visited on October 29, the roof had been removed and the building surrounded by galvanised sheeting.

A construction worker on site said he was unaware who the contractors were, because his employer had been subcontracted for the job.

“I can’t say who the contractor was, but they will be covering the roof with something temporary for now,” he said.

When Newsday visited the site on Friday, the roof had still not been covered.

A National Trust administrative staff member said Balisier House has not been listed as a national heritage site. They said the PNM is yet to apply for the site to be added to the list.

Conservation architect Bernard Mackay said he was unaware of the renovation work taking place at Balisier House. But asked if he believed it should be listed as a national heritage site, he said yes, as the party’s founder was the country’s first prime minister, Dr Eric Williams.

-With reporting by Kaviana Siew Rampersad