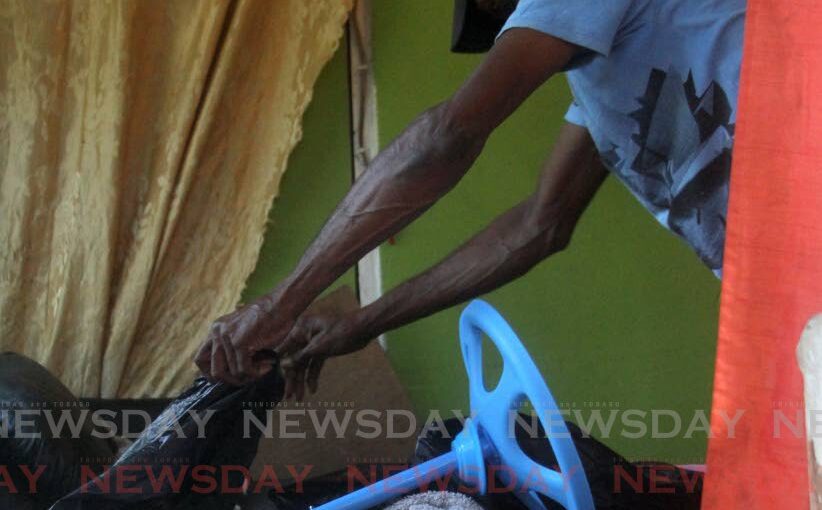 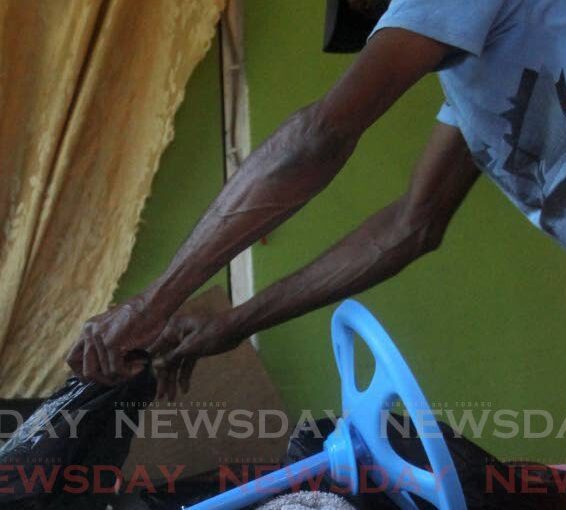 Babysitter, parent of child she cared for killed

A man removes the belongings of Shaquille Primus from his home on Celestine Drive, Pelican Ext, Morvant on Tuesday. Primus was killed on Monday night. – Angelo Marcelle

A 33-year-old hairdresser who was working as a babysitter was killed on Monday night along with the father of the child she was babysitting.

Police said at about 12.08 am on Tuesday they were alerted to a wounding at Celestine Drive, Pelican Extension Morvant. On arrival they were told that at around 8 pm on Monday, Abigail Lewis, 33, of Alfred Richards Street, St James, Shaquille Primus, 27 and a relative of Primus were watching television when the relative took the child and put him to sleep.

While doing so, the relative told police she heard loud banging and slapping sounds and later found Lewis dead on a couch with chop wounds. Primus was shot in the head. He was taken to the Port of Spain General Hospital where he was declared dead on arrival.

Police listed the deaths as domestic adding that a Beretta pistol and two rounds of .38 ammunition were recovered at the scene.

When Newsday visited the scene, one of Primus’s neighbours was packing up to move out of the area. The neighbour, who is also a relative of Primus, lives a house away from where the killings took place.

The relative said nothing like that had ever happened to the family and, as a result, he was and his family was moving out of the area. He said he could not speak much about Lewis who was recently hired to babysit Primus’ child and Monday would have been her second day on the job.

Primus, the neighbour said, kept to himself and they had no idea if he had been threatened or otherwise fearful for his life before the killings. He said Primus was known for having multiple women visit him but never for being involved in any illegal activity as far as he was aware.

At the home where the double-killing took place, another relative of Primus said no one wants to remain at the house as he packed belongings for those living there to move out.

He said he was told that while the killers were attacking Lewis and Primus, the relative hid under a bed blocking Primus’ son’s mouth so he would not cry.

The neighbour relayed a similar story saying that after the killers left, the relative came out of the house screaming and saying, while hiding under the bed, she heard Primus and Lewis being killed.

The two killings were among five that occurred between Monday night and Tuesday morning. The other killings include the shooting death of Primus’ friend Jabari Williams, two hours before Primus was shot.

Police said at around 6 pm on Monday, Williams and another man were shot while liming at Mc Intosh Street, Pelican Extension, Morvant after a blue SUV drove past and occupants opened fire on them. Both men were taken to the Port of Spain General Hospital where Williams was declared dead on arrival.

Several residents posted videos on social media of them locking themselves inside their homes as rapid gunfire was heard in the distance.

On Tuesday morning a 35-year-old Valencia man was declared dead at the Sangre Grande District Hospital. Police said they were on mobile patrol around 9 am along the Eastern Main Road, Valencia when they were told that a man was shot at Bertrand Street. On arrival the found Emmanuel Peters of Marie Avenue, Tattoo Trace, Valencia and of Baptiste Trace, Valencia and took him to the hospital. Peters was shot to the back of the head.