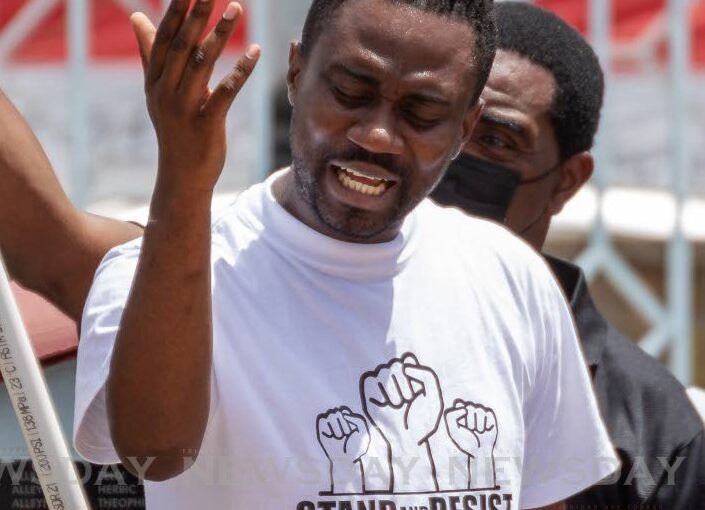 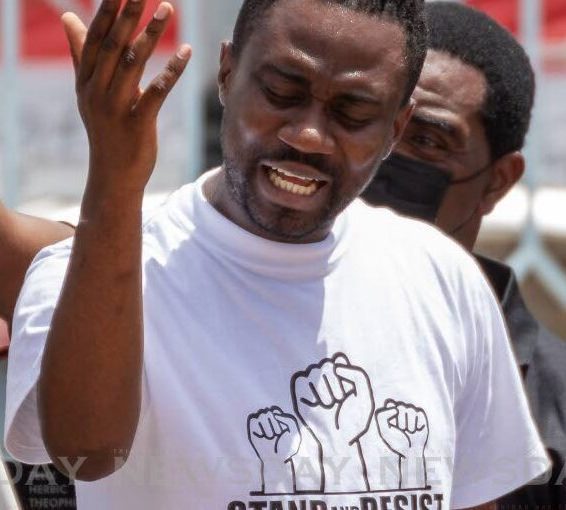 Augustine: I’ll ‘save’ Cordner from PNM

Progressive Democratic Patriots (PDP) deputy leader Farley Augustine has promised to “save” Frank Cordner from the People’s National Movement (PNM), if he wins the Parlatuvier/Speyside/L’Anse Fourmi seat in the December 6 THA election.

At a political meeting in Bethesda/Les Coteaux on Saturday, Augustine denied allegations the PDP was behind the leaking of a video showing Cordner dancing at a party, and voice notes of her criticising Tobago East MP Ayanna Webster-Roy and Chief Secretary Ancil Dennis.

Referencing the Academy Award-winning movie Get Out, written by Jordan Peele, Augustine warned Tobagonians that they are in a “bad house” and they must get out.

“I don’t want to leave anyone behind, and the first person I want to address is my competitor Franka Cordner,” he said.

“It was Farley who started telling her what was going to happen and there were a series of attacks planned and they will be rolling them out one by one, trying of course to get into Franka’s mind and, of course, to play with her mind,” Davidson-Celestine said on the platform in Belle Garden.

She also alleged that the PDP leader Watson Duke was the mastermind behind the attack.

Davidson-Celestine wondered whether the PDP was worried by the inroads being made by Cordner in the electoral district.

But Augustine denied there was anything sinister behind the telephone call, claiming he called Cordner simply to pray with her.

He said he was at a meeting in Bon Accord last week when someone showed him videos “with some dancing.”

“First time I saw those videos,” he said.

He said the videos later popped up in a PDP chat (group) and he quickly shut them down as being “irrelevant” to the election campaign.

However, Augustine said the recording of Cordner saying there was no tangible benefit to PNM in charge of both islands was pertinent to the election.

“Whether you feel hurt that they out now – you put it out in the Twitter space, and I actually agree with some of those political claims you made then.

“Like you, I doh believe Ancil Dennis was a good Chief Secretary, so we agree there too.

“Like you, I doh believe the Tobago Beyond slogan was the best, now I doh think ‘Bago, dawg’ is any better but I think we need to do some work in tourism.”

Augustine believes the PNM is using Cordner, whom he taught at Speyside High School, to attack him.

“I told her your own party is out to destroy you. They are trying to set-up a narrative about teacher versus student in some kinda heated battle. Be careful, don’t let them sour we relationship.”

Augustine said Cordner accused one of his employees of leaking the recordings. The PDP deputy said he did his investigation and found this to be untrue.

Augustine said he will always seek her best interest.

He claimed he intervened “on many occasions” to prevent her from being suspended at school.

“This a beautiful, talented young lady that is entrapped in the wrong house. I am now even more emboldened not only to win my seat…but to win and become the next Chief Secretary, because I have to save and rescue people like my good friend Ms Cordner…

“I will continue to cover you in prayer and cover you in love and respect. I will cover you by winning this election. The first person I will take care of after is you, because you have to get out.”