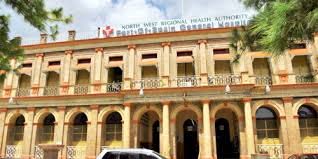 Ali said that after receiving a report, security guards have been increased on the ward. “What we have done is strengthen our security presence in terms of the number of officers on the floor but again one must understand it was a patient who was ill and, the way in which the reaction happened is something we did not plan for something like that. We are providing counselling to our two nurses who would have been in the incident,” Ali said.

The post Attacked nurses get counselling appeared first on Trinidad and Tobago Newsday.

Thu Aug 9 , 2018
A KIA Sportage belonging to CNC3 anchor Khamal Georges was recovered by officers of the Inter Agency Task Force (IATF) at around 7 am in Bath Street, Port of Spain. Sources revealed that at around 2 am, Georges’ vehicle was stopped by two men as he was driving through St […]