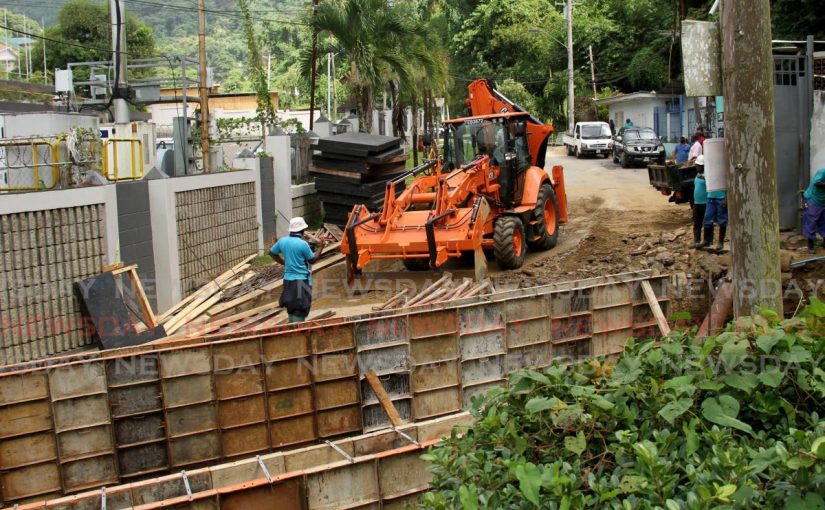 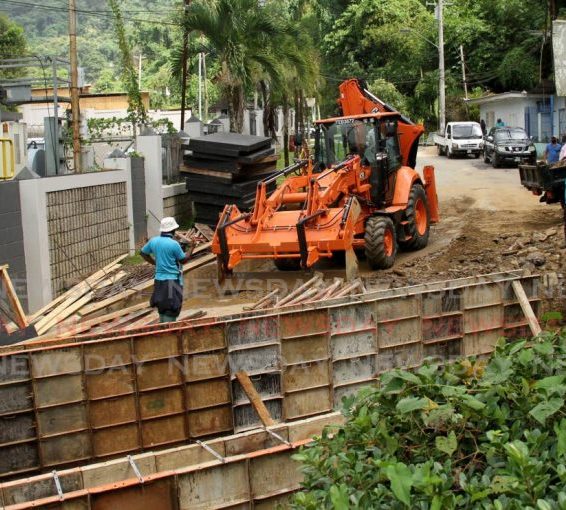 Workers of the San Juan/Laventille Regional Corporation continue to work on Ariapita Road in St Ann’s where a sinkhole outside of the Cascadia Hotel occurred recently. – AYANNA KINSALE

REPAIRS to the collapsed culvert outside the Cascadia Hotel and Conference Centre on Ariapita Road, St Ann’s, should allow light vehicles to pass by early next week.

At present all vehicles must detour through a hole in the wall leading to Cascadia Hotel’s carpark.

The culvert collapsed on October 29, leaving drivers stranded for several hours before the hotel’s management gave permission to break down the wall to create an emergency thoroughfare.

Speaking with Newsday on Monday, engineer at the San Juan/Laventille Regional Corporation Riyaaz Ramkissoon said the next step is to cast the sidewalls of the culvert on Tuesday, “tentatively speaking, once weather holds up.”

He said, “After that, we are looking to cast the decking by the end of the week – either by Thursday or Friday. After that, we’ll fill back in the area.”

Within days, perhaps by early next week, he said, light vehicles should be able to use the road.

“The culvert is about 50 years old, more or less, and with it continuously (used), one of the walls, I think on the northern side, would have been completely eroded away and that caused the collapse.”

He said the road should be fully usable within three weeks.