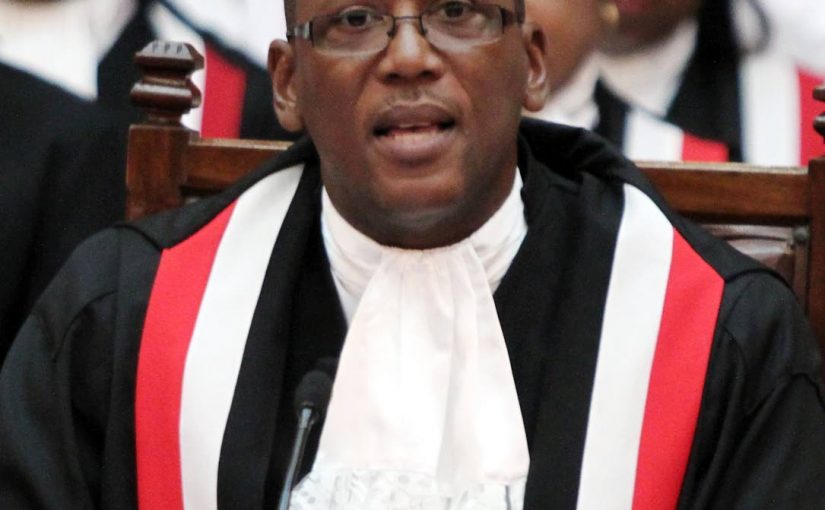 The judgement of Chief Justice Ivor Archie’s challenge of the Law Association’s investigation of allegation of misconduct against him is expected to be delivered tomorrow at the Privy Council in London. Notice of the delivery date for the ruling was posted on the Privy Council website today.

Archie’s appeal was heard by Lady Hale and Lords Reed, Kerr, Wilson, and Sumption, last month and the law lords’ decision was reserved after they heard from Archie’s lawyers. They said they did not need to hear from the association’s legal team. The law lords were asked to determine whether section 137 of the Constitution provided the sole basis for investigating the conduct of the Chief Justice and removing him/her from office; if not, whether section 5 of the Legal Profession Act gives the association the authority to conduct an investigation of the CJ’s conduct.

The LATT conducted its own investigations into allegations contained in media reports that accused him of attempting to persuade judges to change their State-provided security in favour of a private company where his friend, Dillian Johnson, worked.

Archie was also accused of attempting to fast-track Housing Development Corporation (HDC) applications for various people. He has only responded to the allegations once and denied discussing judges’ security, but admitted to recommending people for HDC housing.

Wed Aug 15 , 2018
By NAN Contributor News Americas, WASHINGTON, D.C., Thurs. Aug. 16, 2018: The U.S. Centers for Disease Control, (CDC), has updated its travel warnings on 22 Caribbean nations News Americas has found, stating that the zika virus has been reported in these nations again this summer. The travel notices were updated […]