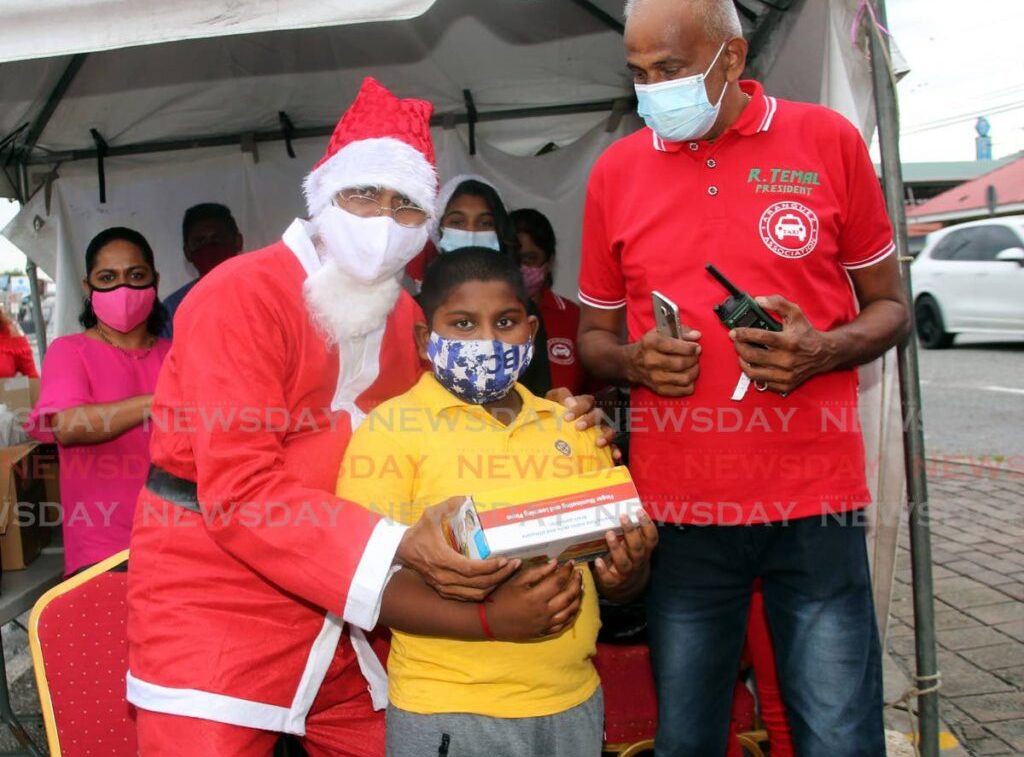 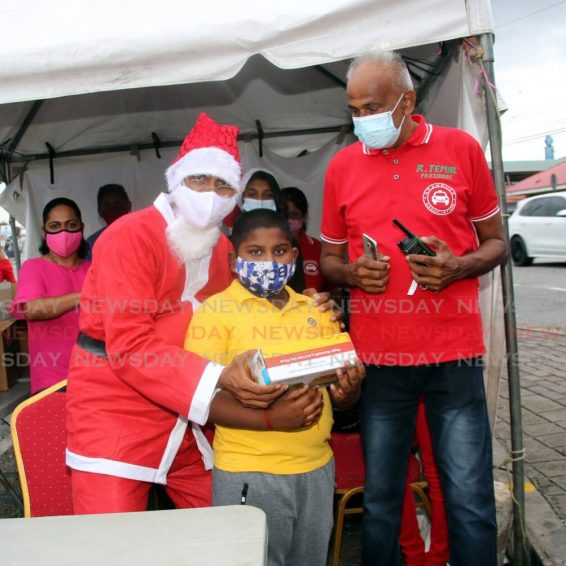 The Aranguez taxi stand in San Juan came alive with laughter on Wednesday afternoon as Santa Claus, flanked by taxi drivers and volunteers, distributed toys and treat bags to children in the community.

The event was the first toy distribution by the Aranguez Taxi Drives Association as it partnered with businesses in San Juan and Aranguez to brighten the moods of children for Christmas.

Speaking with Newsday, president of the association Ramchandra Temal said he understood the difficult times many families were facing owing to the pandemic and wanted to do something to keep the sense of community alive in the area.

He said the treat was not publicised.

“We kept it a secret, because recently there was another business that had a Christmas toy distribution and things got a bit chaotic, which caused them to close down. So we tried to contain it and keep it as orderly as possible.

“I know because of the pandemic a lot of parents were unable to buy presents for their children, so I just wanted to do something to put a smile on a child’s face.”

He said there are Divali and Eid celebrations on the taxi stand, “So we will be celebrating a new tradition with Christmas as well.”

Temal said over 200 toys were distributed, and thanked businesses for their contributions, as well as non-governmental organisation the Glimmer of Hope Foundation for its assistance.

He said 2021 has been a challenging year for the association, but looked forward to working with the community for the new year.