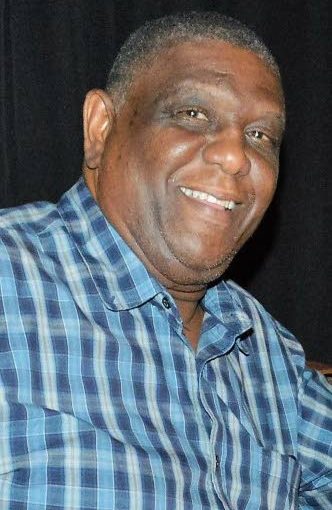 Appeal Court judge Malcolm Holdip, one of three judges hearing the appeal filed by the Office of the DPP. FILE PHOTO – file

THE COURT of Appeal has reserved its decision in what has been described as a landmark case in which the Office of the Director of Public Prosecutions (DPP) is asking it to clarify whether judges or magistrates can uphold no-case submissions in cases where witnesses turn hostile.

The prosecution says it is for the jury to decide on the credibility of the evidence.

The issue is at the core of an appeal filed by the DPP’s office against a judge’s decision in 2011 to uphold a no-case submission which led to a man accused of murder being acquitted.

In 2011, a judge upheld a no-case submission on behalf of Kurlan “Miceman” George, who was on trial for the 2006 murder of Andrew “Bellies” John.

George, allegedly a gang leader, from St Joseph, was gunned down in 2017 after being ambushed as he went to sign the register at the police station in the area.

In his ruling, the judge said the evidence of the eyewitness to the shooting was discredited after being declared as hostile.

Deputy DPP George Busby, at a case management session in 2019, said the issue was a “vexing” question for prosecutors, as every day they face defence attorneys who want judges and magistrates to have the leeway to stop cases on a no-case submission.

The appeal is being heard by Justices Prakash Moosai, Mark Mohammed, and Malcolm Holdip.

In his submissions on Thursday, Busby said it was the State’s position while it was common ground that once there was no evidence, a judge had an overriding duty to stop the case, this was very limited and only where evidence of a witness was inherently contradictory and implausible. He said the issue of inconsistent testimony of a witness was for the jury to decide.

“A judge must avoid trespassing on the territory of the jury.”

He said where there was evidence of a criminal act and the presence of the guilty mind, no matter how vague it was, it was for the tribunal of fact, or jury, to consider and not for a judge to stop a case if they view it as unsafe or that on which no jury could properly convict.

“Where there is direct evidence of actus reus (criminal act) there is a case to consider unless the evidence is so incredible that it amounts to no evidence.”

He said in cases mounted on circumstantial evidence where the jury will be asked to rely on inferences, the assessment of facts was for the jury and not for a judge.

“Of course the judge must assess the evidence to determine if it is tenuous, but where there is evidence, the judge has no business stopping the case. A judge is a judge of law and the jury is the judge of the facts.”

He said in the event a jury makes an error, the Court of Appeal’s supervisory role will kick in.

Busby admitted that no judge would want to hear that they had no power to stop a case, saying what the appellate court was being asked to provide guidance on was “revolutionary.”

He urged the judges to pay special attention to the concept of a hostile witness and how their evidence was to be handled, saying the law has since changed drastically over the last two decades.

A hostile witness is one deemed to be unwilling to tell the truth when called to testify and whose testimony goes against the party that calls them as a witness. In such cases, a judge will have to give permission to deem that witness hostile.

He said it was a jury to decide if a witness was being honest.

“The judge is powerless to determine if a witness is lying, that is for the jury. If a jury is to make a decision that is unsafe, then the Appeal Court has the jurisdiction to consider it.

“It is not for the judge to do so before,” Busby admitted there were categories of cases in which a finding of no-case to answer was important. However, he maintained the question of fact was not for the judicial officer who only has to determine if there was sufficient evidence for the case to go to a jury.

“Do not trespass on the fact-finding power of the jury,” he insisted, adding that the matter was an extremely important one for the prosecution.

Appearing amicus curiae, or friend of the court, presenting arguments to assist the judges in arriving at their decision was attorney Jagdeo Singh who said the court’s final decision on the matter was likely to be a historical one.

It was his position that a judge had an inherent power to stop a case only when they agreed there was not sufficient evidence to support a conviction.

He said a trial judge must have residual jurisdiction and discretionary power but only in rare and exceptional cases.

“That power must be narrowly circumscribed and with for respect of the roles of a judge and the jury system,” he said as also urged the judges to provide guidance for judges on which they must base their decision to uphold a no-case submission.

“Take the mantle and lead the Commonwealth on this issue.”

He said while a judge had the common law jurisdiction to prevent injustice, this must be exercised in a lawful manner.

“A trial judge must have the residual power to deal with real and exceptional cases,” he said, adding that this discretionary power must be narrowly circumscribed and exercised with respect to public policies.

Singh admitted that the issue the court was being asked to consider has caused disquiet in the Commonwealth.

Both Busby and Singh agreed, however, that the “watershed” 1985 decision of former chief justice Clinton Bernard in Sanjit Chaitlal v State, on how to treat with no-case submissions, should be overturned. Bernard in Chaitlal held that the matter of resolving the submission of no case, should “be left to the good sense of the trial judge who must be depended on the see that there is no miscarriage of justice.”