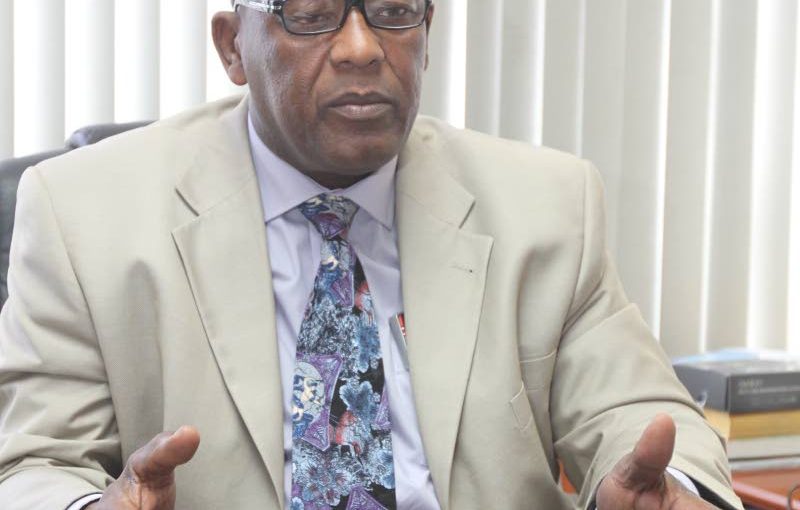 The extraordinary general meeting (EGM) of Pan Trinbago on Thursday called by president Keith Diaz to apprise members the status of the organisation, report on court matters and the election 2018-2021 ended in chaos.

The meeting took place at CWU Hall in Port of Spain

As Diaz tried to get the meeting started at 6.58 pm, there was haggling among the executive as to whether or not there was a quorum.

A highly upset Marie Toby, chairman of the Tobago Region, vented: “I find today was a waste of people’s time, because the executive came here unprepared. Imagine they come here debating what is quorum and what is not quorum and fighting among themselves.

“Let them do the honourable thing and take the door,” she said, pointing to the door.

She told Newsday: “It seems to me that the other side with the secretary, ERO, PRO and trustee against the president, and with the treasurer wavering, it was a front that we saw there this afternoon at the head table.”

Toby said the Forteau faction of the executive arrived at the meeting with papers to distribute to the membership. She said: “They came here this afternoon giving out papers like if we are about to sit an exam. A set of documents. I don’t know what they contained, because I didn’t read it.”

She said she had attended to get a report from the executive, but instead there was only bickering,so going to the meeting was pointless.

“We were looking to get a date for the election, a report on court matters and the situation with the NCC (National Carnival Commission). But this wasn’t a meeting, it was a discussion with no quorum, and only lacouray, bacchanal and nothing of substance discussed.”

Gerard Mendez, chairman of the northern region, said the membership present was concerned about was what was the quorum for the meeting. When Forteau produced a document saying the membership was 183 and therefore the quorum was 110, “Clearly we were short of that, so we couldn’t have a meeting.

“So they had a discussion where people vented how they felt about the whole situation. But the common thread tonight is that people want to see the back of this central executive.”

He added: “It is strange that Forteau came to this meeting, because the last time he faced the membership was November last year at SWWTU. Since then they have been avoiding meetings but they run into a cul de sac and now have to face the membership. But we still have misgivings about his numbers.”

He said When Forteau and his faction had previously said there were over 200 registered bands.

“So this meeting is to be reconvened and whenever it reconvenes,” he said, “whoever comes to that meeting will constitute a quorum.”

After the EGM’s descent into chaos, Diaz left for Notting Hill Carnival in London this morning.

Forteau was not at the office up to late yesterday.

No one could say whether nomination day for the September 15 election is today, as stated by Diaz in an internal memo.

Elections are constitutionally due on the last Sunday in October.

The post Another Pan Trinbago meeting ends in chaos appeared first on Trinidad and Tobago Newsday.