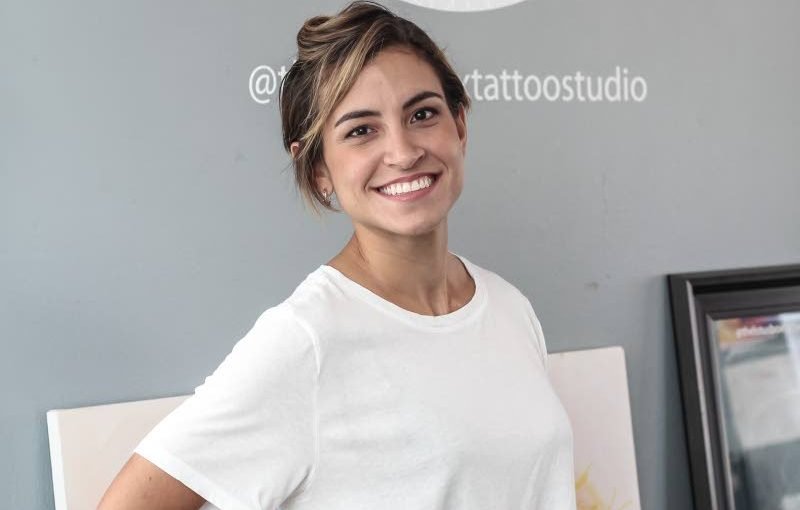 KIERAN ANDREW KHAN The Lotus Box Tattoo Studio is literally love manifested for Diego Martin native, Ami Aqui. Through her own journey, she’s found a path to a profession that helps others along in their own journey too – with her intensely personal, minimalist and modern approach to the ancient art form. “Creativity has always existed in some way in our family – passed down and encouraged since my great grandfather who was also an artist,” Aqui pointed out. “It trickled down the family tree and it’s always been encouraged by the rest of the family, so from very early on, I started off in photography and painting as a means of my own creative expression,” she noted. Soldes Asics “In 2008 however, I went to Barbados for a short time and I thought that being in and around a tattoo studio would be a fun thing to do – I was eighteen at the time after all,” she recalled with a laugh. 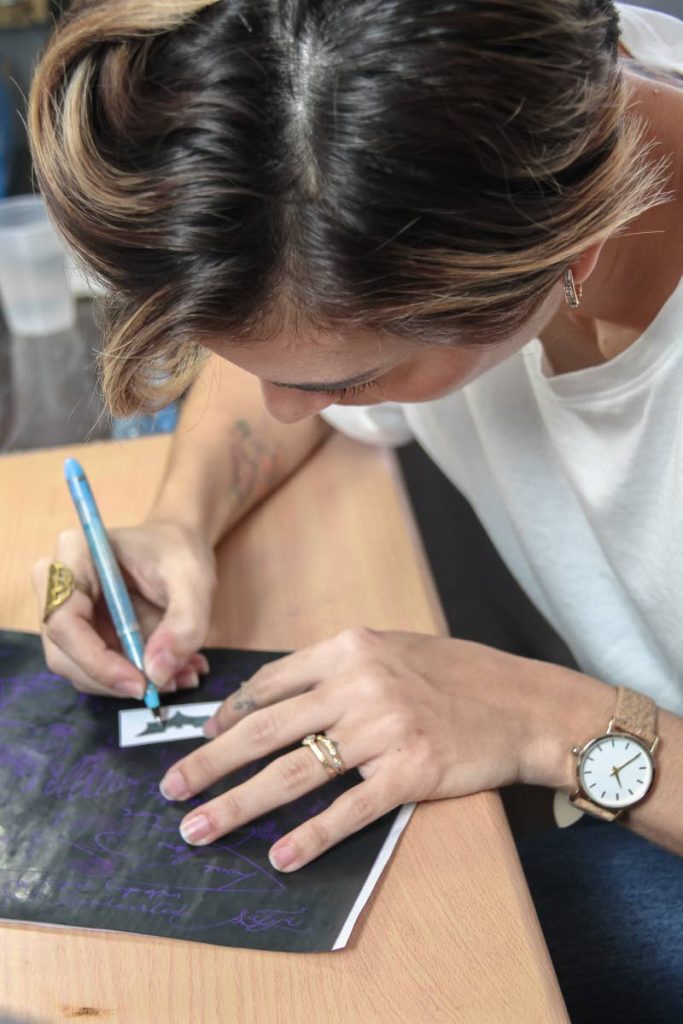 “One day while I was there, this elderly guy walked in and I thought ‘What’s he doing here?’ He was easily in his late 60s or early 70s, but then he stripped off his clothes and he was covered, covered, in tattoos; a full underwater-themed body suit! I had never seen one in person before. I was floored. And the best part was you couldn’t tell he had a single tattoo with his clothes on. Just a regular older gentleman on vacation. I was not only taught a life-changing lesson in not judging a book by its cover but I was taken immediately by the art form. I knew this is what I needed to be doing.” On returning home, Aqui would first have her daughter, now eight years old, then her son, now three years old, while beginning the formative path to Lotus Box – an idea that initially formed in her mind at 14 as the umbrella idea for her then creative expression. “A friend of mine was interested in getting a tattoo by (well-known tattoo artist) Obasi Springer, so I went along. In the course of conversation, he invited me to come back the following day to begin an apprenticeship so I did – the very next day I went knocking on his door and I spent the next few months under his wing learning. basket nike tn I really have to credit him for opening this door for me and giving me the opportunity to gain the knowledge and the confidence to get started on my own,” she pointed out. Shortly thereafter, when she decided to embark on her own, Springer was fully supportive. “He’s remained a great friend and supporter to this very day,” the artist pointed out. “I will always be grateful for what he has done for me.” 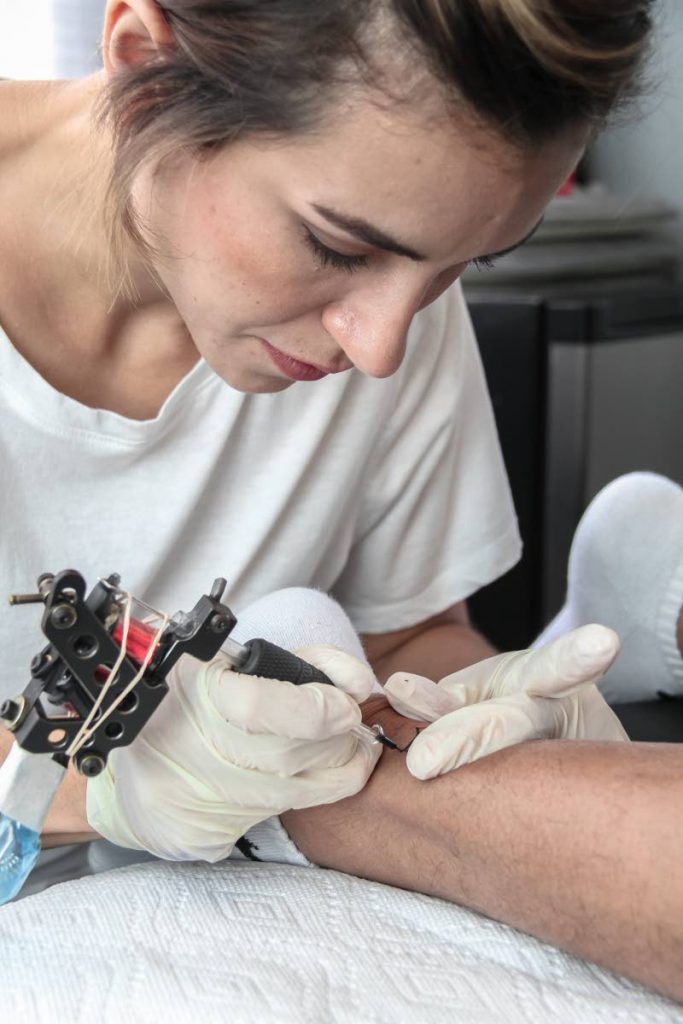 For the past four years, The Lotus Box Tattoo Studio has pushed a new aesthetic of minimalist but detailed tattoos to the forefront, so much so that Aqui’s studio is booked fully for the duration of 2018. “I absolutely did not expect this response to my work,” she noted. “I thought that when I decided on being an artist that I would be the starving artist type for the rest of my life. But I did dream and envision what my ideal life and life’s work would be – and that’s where I find myself today,” Aqui added. Canada Goose Femme “This can sometimes feel surreal – to not only do what I love but also get paid to do it while also having time to spend with my children who are always my number one priority.” That balance that so many working mothers strive for, is one that the artist has carefully and thoughtfully sought to maintain, particularly given that the very nature of both tattoos and parenting leave an indelible and near-permanent mark for the rest of the recipients’ lives. timberland homme “Giving someone a tattoo that means more than just ink on skin. It may be a piece that heals, brings closure, celebrates; a positive reminder to their lives. puma en ligne Nothing beats that. timberland femme And I’m honoured to be able to give those pieces to others,” she added. “I put my love and thought into each piece and try to ensure that every piece is unique even if the client comes with an image from the Internet. I find a way to sit and brainstorm with them until they have that moment from my sketches where they go, ‘Aha, that’s it!’ and in the end, seeing the pure joy in their faces and sometimes happy tears, that’s the most rewarding part of the job and that’s what I love the most about the work that I do.” For those wishing to get inked for the first time or to add something to their body, she advises that they wait until something resonates with them. Tattooing, though almost as old as civilisation itself, has only just recently achieved a level of cultural acceptance in Western society. ugg france Social media in particular has led to a new kind of mixed media aesthetic with persons drawing inspiration from varied sources such as Japanese, American Indian, East Indian and tribal African sources for inspiration, bringing them together on the one canvas they have – their skin. “Just remember that a spur of the moment thought or what is trending now, you may not love in the long term,” she advised.

Cocoa in the Sun

Fri Nov 2 , 2018
KIERAN ANDREW KHAN Anjali Ramlalsingh donned a stunning gown to be crowned Miss La Reine Rive 2018 at the Southern Academy for the Performing Arts, last Sunday. timberland chaussures The dress, reflecting the lifecycle of the cocoa tree and its namesake pod, was adorned with actual cocoa pods and sealed […]