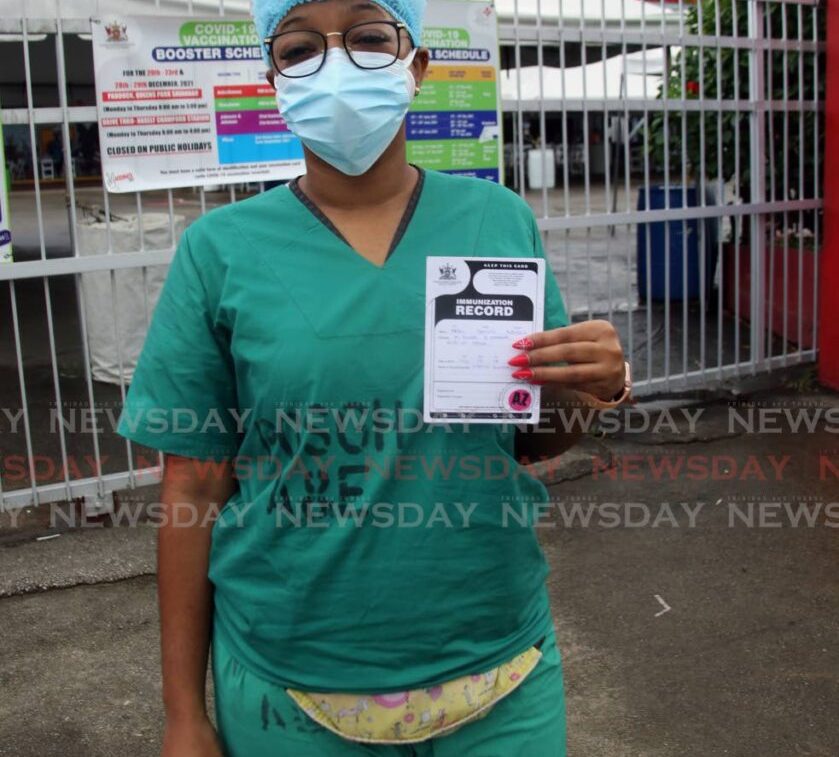 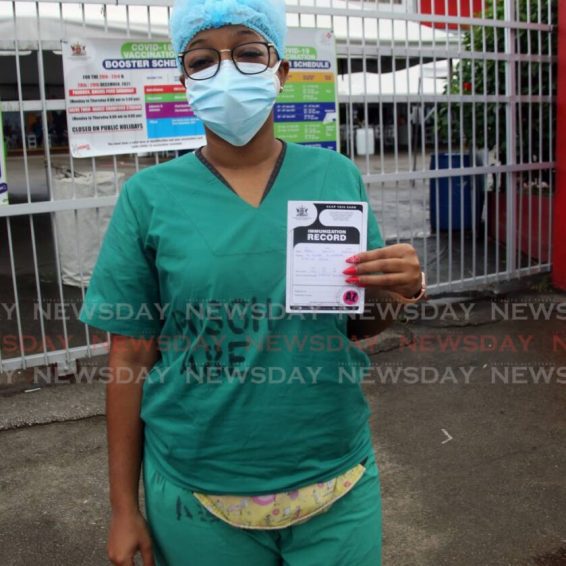 Al-Rawi warns unvaxxed public servants – YOU CAN LOSE YOUR JOB

SINCE being furloughed does not constitute an indefinite unpaid leave, all public servants risk losing their jobs if they refuse to be vaccinated without medical exemption after a defined period, the Attorney General has warned.

And although AG Faris Al-Rawi said the government “respects the views and considerations of all persons,” he also said it must act and is prepared to take any legal challenge to this all the way to the Privy Council, if it faces resistance.

Al-Rawi made these points on Tuesday when he hosted a virtual news conference from his ministry to address concerns raised by trade unions and other representatives of public sector employees in relation to Saturday’s announcement by the Prime Minister, who said public sector workers who choose not to be vaccinated, at least with a first dose, by mid-January, will be furloughed.

The move, the PM and AG said, was necessary, owing to low vaccination rates in several sectors of the public service, such as the police and immigration.

Rowley announced that from December 24-January 2, the public service, with the exception of essential services, will be closed to help curb the spread of the virus, while giving workers an opportunity to get their vaccines.

“As we have seen from weekly and daily (public health) conferences, we have hit a vaccination wall,” Al-Rawi said at Tuesday’s media conference, adding that the government, like many others, has been compelled to take a stance.

“The rights and individual concepts (in other countries) have been balanced against preserving lives in a larger context such that injunctions have been refused and laws, including mandatory vaccine laws, have been upheld,” said Al-Rawi.

WORKERS STILL HAVE A CHOICE

However, unlike some jurisdictions, the AG said, TT’s government is not proposing a mandatory vaccination.

Instead, he said, “The government is proposing that (public-sector workers) have the choice of being vaccinated and turning up to work or, if they choose not to receive a vaccine, for instance for medical reasons, medical exemption or medical deferral, that they would have to be tested on a standing basis or elect not to continue their employment.”

Al-Rawi said this is not for an indefinite period and those who were furloughed with no intention of being vaccinated and without a medical exemption can and will likely lose their jobs.

BOOSTED: Public servant Dr Ariel Mendez, of the Port of Spain General Hospital displays her vaccination card after she received her covid19 booster (third dose) shot on Tuesday at the Paddock, Queen’s Park Savannah in Port of Spain. PHOTO BY SUREASH CHOLAI –

“In most of the jurisdictions I’ve looked at, (in) most of the countries, laws have been passed already or certain entities have elected to introduce measures such as this without a law.

“In TT, the context had to be gelled by a policy decision of the government. The room for exploring this position is now at hand and in (the) consultation process. As a representative of the government, I will certainly be entertaining and listening to the matters raised.

Al-Rawi said he wrote to organisations and their leaders, including the prisons, police, fire service, teaching service, nurses, the Public Services Association, and several other unions, indicating his availability for an immediate meeting to discuss the impending legislation.

“(I indicated that) as Attorney General, the task being mine to draft and settle the law in relation to the announced policies, we were willing to receive, by way of consultation, recommendations, and considerations, coming from these persons.

At the time, the Oilfield Workers Trade Union and the TT Registered Nurses Association replied that they were willing to meet and discuss the issue.

Addressing questions about the potential for consultations to sway him or perhaps force shelving of the legislation, the AG said, “Consultation does not require agreement.

“One would be ill-advised to approach consultation with the point that it’s a foregone conclusion – that it’s going to happen. The obligation in consultation is to give it your best shot at listening and finding a path where there may be agreement.

“The particulars of how the policy is implemented find itself in the words of the bill, the law which will amend the Public Health Ordinance, or other pieces of law that we’re looking at. Therefore, the granular approach is imperative.

“Obviously, as Attorney General, I will be listening and then considering and then seeking further instructions, but as it stands, there is no shelving on the table because we are certainly not in that position…with thousands of deaths and where there was a clear position announced by the Prime Minister.”

He said after the omicron variant arrived in TT and spread to at least one person with no known contact or recent travel history, the government was “compelled to continue to consider balancing lives against livelihoods…

“Quite simply, we have to afford to live.”

He said no exception to this rule is being considered, regardless of the importance of that person and position to the public service.

“That would be contrary to the international framework that exists. All of Europe, the USA, southeast Asia – if you look to the world at large, you don’t have that kind of approach. We have to be consistent with this approach.”

In the past few days, it has been noted that there seemed to be larger numbers at vaccination centres, and there was speculation that this was partly due to public servants going to be vaccinated following the Prime Minister’s announcement last Saturday.

However, a comparison of figures from the Ministry of Health updates showed on Saturday, 54,055 people had gone for additional primary and booster vaccines – that is, people who were already vaccinated.

On Saturday 46, 958 people had had a single-dose vaccine regimen and on Tuesday that number had risen to 47, 287, an increase of 329. This means that since Saturday the total number of people who have begun the process of vaccination is 1,743.