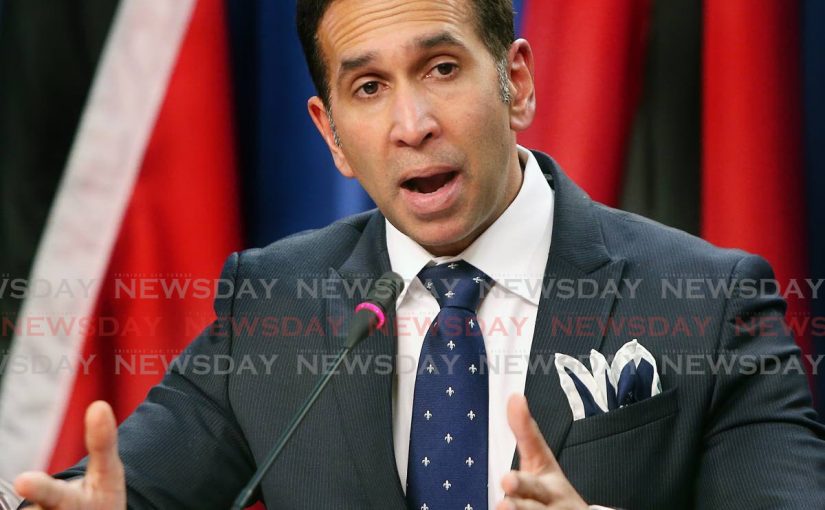 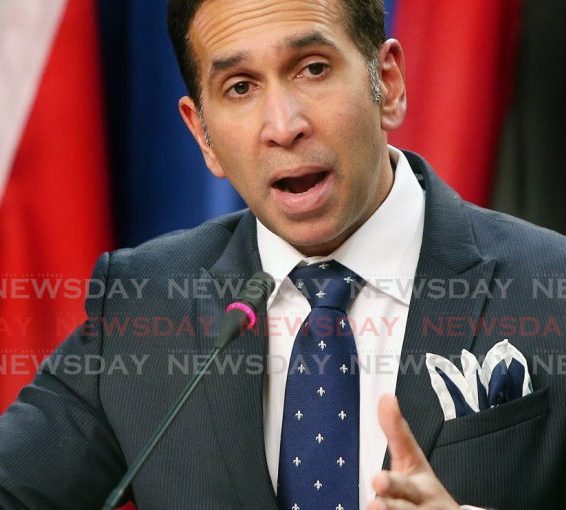 ATTORNEY General Faris Al-Rawi has rubbished what he described as a “rant written by Anand Ramlogan” in the form of a press statement from social activist Ravi Balgobin-Maharaj.

Balgobin-Maharaj on Wednesday had more questions for the AG and former Police Service Commission (PSC) member Roger Kawalsingh after the latter spoke to one media house in response to a freedom of information request asking about, among other things, the purchase of a luxury Porsche Cayenne SUV.

Thr vehicle is still in Al-Rawi’s name, although he sold to Kawalsingh in 2016.

On Wednesday, Al-Rawi said he had not seem Balgobin-Maharaj’s FOIA request.

However, after the social activist’s statement was sent to him, he said the “rant” made a number of allegations based on conjecture and speculation “which are all false.”

He confirmed selling Kawalsingh the SUV in 2016, and provided Newsday with a copy of the cheque, invoice, and letter of authorisation for the transfer of the vehicle.

He also said he was not responsible for the record-keeping at the Licensing Division, so could not say why the vehicle was still registered to him, when Kawalsingh said he received a chit from the division when he put in the transfer documents.

Al-Rawi said relative to the “conjecture and speculation” in Balgobin-Maharaj’s statement, it was “material to note that I consider Anand Ramlogan to be in a difficult position.

“I must remind that Anand Ramlogan is on criminal charges in two matters in which I am a witness,” referring to a legal-fees kickback conspiracy matter and a witness-tampering case before the courts.

The AG said he found it “entirely coincidental that Anand Ramlogan seeks to attack me and others who are witnesses in matters for which he is charged.”

Al-Rawi said he wanted to say publicly he “was not a seer-man,” to know in 2016, when he sold the Porsche to Kawalsingh, the latter would be appointed to the PSC.

“It is ludicrous and a get-out-of-jail defence by Anand Ramlogan and his proxies.”

He said the sale of the car came up in the public domain when Ramlogan was charged and again featured in the 2020 general election.

In a media statement on Wednesday, social activist Balgobin-Maharaj had additional questions for Kawalsingh.

Kawalsingh resigned from the PSC in the imbroglio involving the commission and the appointment of Gary Griffith as acting commissioner of police.

He was the third member of the PSC to resign in the past two weeks, after Courtney McNish and Susan Craig-James, over Griffith’s appointment as acting CoP.

Kawalsingh was quoted in Wednesday’s Express as saying Balgobin-Maharaj’s lead attorney Anand Ramlogan, SC, was “in his tail” because he wrote to the Director of Public Prosecutions (DPP) as one of the attorneys for Queen’s Counsel Vincent Nelson, who is the State’s main witness against Ramlogan and attorney Gerald Ramdeen in their corruption trial.

Kawalsingh said Nelson was ‘unequivocally ready, willing and able to give evidence against Ramlogan and Ramdeen,” and as a result, the former was now trying to get back at him.

Kawalsingh was responding to questions and claims made by Balgobin-Maharaj in a freedom of information request sent to the PSC.

Balgobin-Maharaj has filed an interpretation summons questioning the legality of Griffith’s acting appointment.

Contacted on Wednesday, Kawalsingh said he had no comment to make on Balgobin-Maharaj’s statement.

The latter wanted to know what Kawalsingh’s role on the interview panel was when the PSC was holding interviews to fill the post of police commissioner when Griffith’s three-year contract ended on August 17.

He asked if Kawalsingh scored Griffith higher than any other member of the panel and if Kawalsingh disclosed to any of the candidates that he had entertained the former top cop at his private residence at his daughter’s birthday party.

Balgobin-Maharaj further asked if Kawalsingh disclosed to anyone that he received $5 million in legal fees or that Griffith, either directly or indirectly, made a contribution to a GoFundMe account set up to raise funds for Kawalsingh’s daughter.

He also asked if Kawalsingh disclosed he received a firearms user’s licence (FUL) during Griffith’s tenure as CoP and why he was driving an SUV registered to the AG.

His final query was to ascertain if the PSC had launched an investigation into Kawalsingh’s alleged breach of protocol by copying Griffith in an e-mail to the commission’s chairman, Bliss Seepersad.

Kawalsingh, who has repeatedly declined to comment, reportedly told the Express he did receive an FUL while Griffith was commissioner but said this never influenced his decisions at the PSC.

He said the legal fees he received from the State were mainly for work done when Ramlogan was Attorney General for the People’s Partnership government.

He admitted Griffith attended a party at his home but said he did not disclose this to any of the candidates who applied to be top cop.

On his buying the SUV from the AG, Kawalsingh said he could not account for its registration, since he paid for the vehicle, and the insurance and service records were in his name. He said he never got a certificate of ownership, but had to produce the transfer slip to get insurance.

He also said he copied his e-mail to Seepersad to Griffith in error.

Balgobin-Maharaj said in his statement that Ramlogan only headed his legal team, acting on his instruction, and the FOIA application was his.

He said the responses by Kawalsingh and the AG were “frighteningly baffling and potentially self-incriminating.”

Balgobin-Maharaj had more questions for the two men.

He now wants to know why Kawalsingh was “dodging the burning question” on his scoring of the former top cop.

Also: “If copying Gary was a mistake and he was simply replying to an e-mail thread, and the ongoing conversation was about the investigation into Griffith’s conduct by Justice Stanley John, it begs the question why was Griffith a party to this conversation? Why would Ms Bliss Seepersad and Roger Kawalsingh be copying in, and having such a conversation with Griffith, given that he was the subject of the proposed investigation at the behest of the Prime Minister in his capacity as chairman of the National Security Council?”

He also had a question for the PSC chairman: “I call upon Ms Seepersad to clear the air as a matter of urgency as tipping off or alerting someone to an investigation beforehand would amount to grave misconduct. “

He again questioned Kawalsingh’s relationship with the AG on the payment of legal fees and the transfer of ownership of the SUV.

Balgobin-Maharaj also said that Ramlogan had been charged for a criminal offence was on the public record and the “constant repetition” of this “does not change the facts and is a desperate attempt to deflect and shift focus. It will not work. The public demands answers.”

The post Al-Rawi responds to questions about ex-PSC member buying his car appeared first on Trinidad and Tobago Newsday.