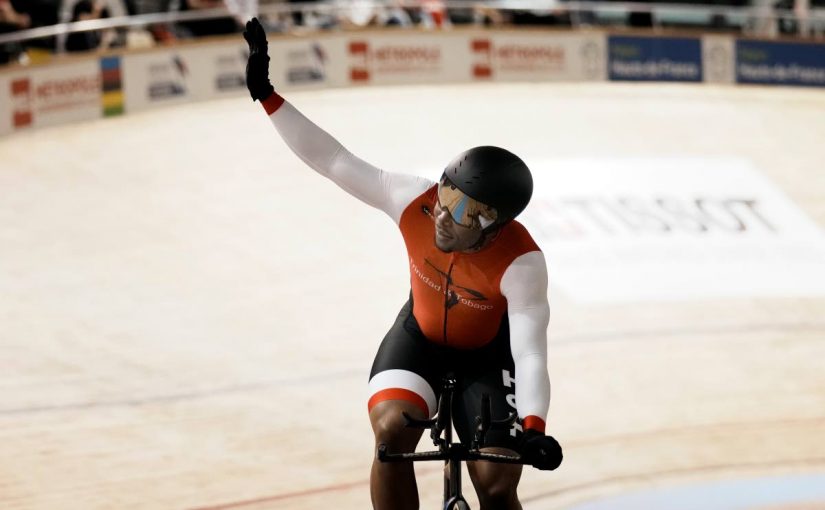 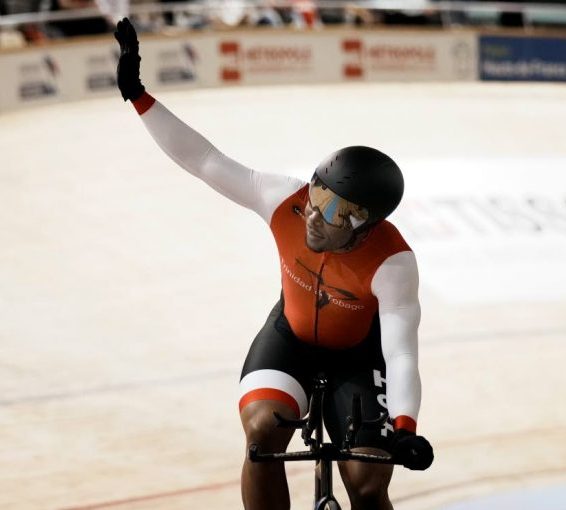 This is how national cyclist Nicholas Paul described his historic performance at the Track Cycling World Championships which concluded on Sunday in Roubaix, France.

There, Paul ended a 30-year drought when he became Trinidad and Tobago’s first cyclist to earn a World cycling medal after veteran Gene “Geronimo” Samuel’s bronze medal display in the 1km time trial in 1991.

Paul medalled in the same event but improved to capture silver. TT’s only other World Championships medal came in 1967 courtesy of Roger Gibbon, who also snagged bronze in the 1km time trial.

In France, Paul also missed out on medalling in the men’s sprint by placing fourth and settling for fifth place in the keirin.

“It has been a World Track Cycling Championships to remember,” Paul wrote on his Facebook page. “It’s always an honour to represent my country TT.

“The World Track Cycling Championships in Roubaix France 2021 was one of those special moments, a very successful and historic experience.

“Being the first cyclist from TT to ever win a silver medal in the 1km time trial at the World Championships is surely an honour for which I am very proud.”

As is customary with the cyclist, he thanked the Almighty for leading his efforts, his Switzerland-based International Cycling Union (UCI) World Cycling Centre (WCC) coach Craig McLean and UCI multi-discipline coach Tyrone Johns.

Paul thanked his support staff, team-mates, family, club, friends and all his supporters. He also acknowledged the Ministry of Sport and Community Development “for their assistance through this process”.

Paul is the world record holder in the flying 200m – the first round of men’s sprint qualifying. At the 2019 Elite Pan American Track Cycling Championships in Bolivia, he clocked a speedy 9.1 seconds to beat the 2013 record of 9.347 seconds set by France’s Francois Pervis.

Having made his Olympic debut at the Tokyo Games, won triple-gold (sprint, keirin and 1km time trial) at the UCI Nations Cup in Cali, Colombia in September followed by his historic Worlds performance, Paul’s 2021 season is not yet over.

Trinidad and Tobago bars entry to non-nationals, citizens must quarantine after travel from 8 African countries

Before he closes off a hectic year of elite racing, Paul is goal-bound on competing at all the UCI Champions League events which begin in Spain on November 6.

This, however, is a five-stage tournament that continues in Lithuania (November 27), London (December 3 and 4) and concludes in Tel Aviv, Israel (December 11).

For a third consecutive year, the surging cyclist will miss out on spending Christmas with his family in Gasparillo as he continues to seek to improve his craft.

Paul only returned to the WCC in Switzerland, from France, on Monday and is gearing up for another intense training block with McLean.

Looking back, Paul described his 2021 season thus far as “awesome”.

“I intend to raise the bar high for TT cyclists to let them know the sky is the limit. I don’t have any short term goals at the moment but I always want to be the best that I can be,” he said.

Currently, Paul (1,830pts) is ranked as UCI’s second-fastest sprinter in the world, with Colombian Kevin Quintero (2,229pts) at the top.