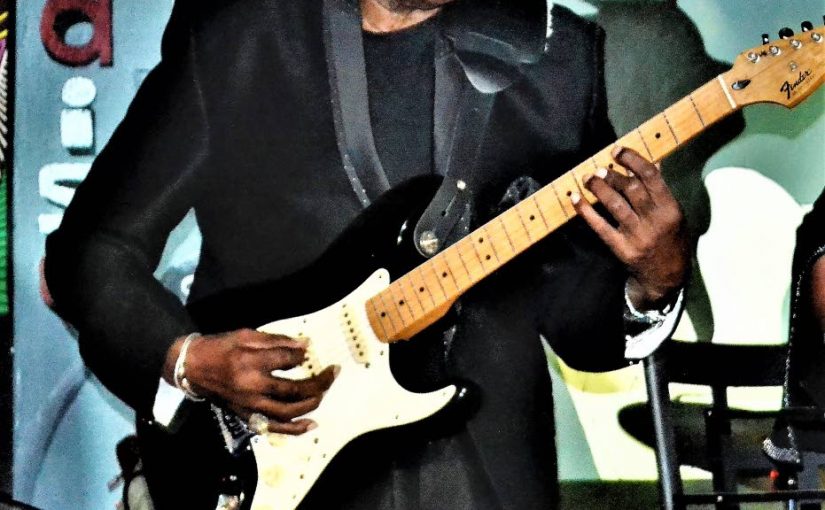 THE Man and His Music is the theme of a live concert to launch Michael Boothman’s latest EP- Breakaway. The concert comes off on Sunday at Kaiso Blues Cafe on Woodford Street, Newtown, from 8 pm.

Boothman says the four song EP was done to pay respect to our calypso music.

“As a composer, arranger, producer and musician I find we are moving away from our authentic art form and this music is to take you back to your roots,” said the accomplished guitarist.

The title song, Breakaway, replicates the era of the big brass bands playing on a montuno or the F jam to end fetes. Geganga is a composition with steelband in mind named after a particular guitar strum played in calypso.

The third song, Fuse it Up, is a Latin vibe where the quatro gives an instrumental parang feel and the fourth song, Going South, an African dance jruve.

As the producer Boothman was able to programme and record all the tracks digitally before rerecording and replacing the digital instruments with live musicians or enhancing the live musicians digitally.

LA Rose said she is honoured and excited to be a part of The Man and His Music and will be on a high just having released her new single Sweet Vibes Alone days before the performance.

The post A touch of old school revisited appeared first on Trinidad and Tobago Newsday.

Myron B show to help baby

Fri Jul 6 , 2018
THE Incredible Myron B has pledged the full proceeds from his upcoming King Humor-us concert in aid of medical expenses for baby Sian Flemming. Real name Myron Bruce, the reigning National Extempo Monarch has assembled an all-star cast of comedians and humorous calypso acts for the two-night comedy, calypso and […]