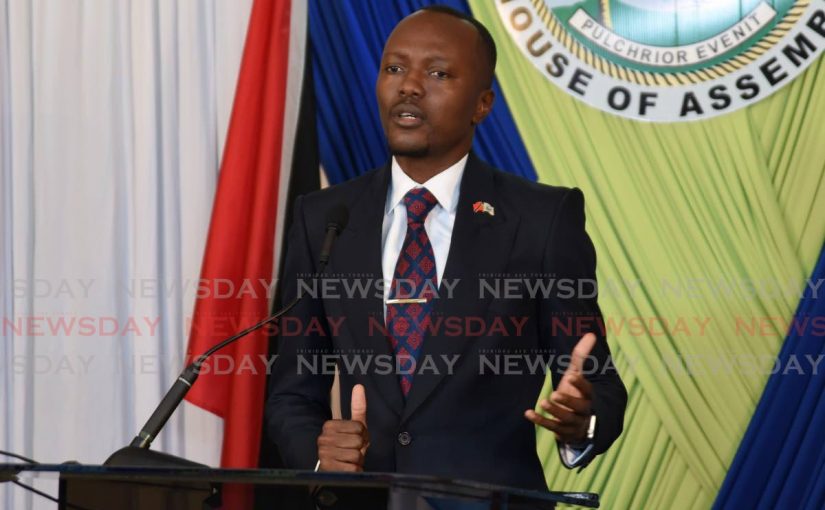 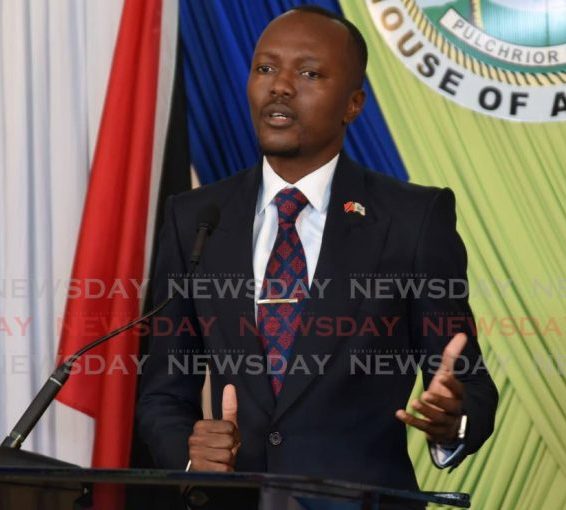 Less than three weeks before the December 6 Tobago House of Assembly (THA) election, Chief Secretary Ancil Dennis announced the assembly has received a further $50 million from the Government to assist hoteliers and displaced workers in the accommodation sector still reeling from the impact of the covid19 pandemic.

But he scoffed at the view that the funding is an election gimmick.

“Who wishes to see it as an election gimmick they are free so to do…This Chief Secretary will not wait until after any election to begin treating with the needs of Tobagonians,” Dennis said on Wednesday at the post-executive council news conference.

Dennis noted Finance Minister Colm Imbert had mentioned the measure when he presented the 2022 budget in the Parliament on October 4.

During his presentation last month, Imbert said the programme, titled Tobago Hotel and Tourism Support, will “provide access to much-needed working capital for the hotel and tourism industry in Tobago, which has been particularly hard hit by the pandemic.

“As Minister of Finance, I am committed to implement the requisite measures to assist the island to accelerate the pace of economic recovery.”

The $50 million support is not the first relief package for Tobago during the pandemic.

In March 2020, at the onset of the pandemic, the Government had announced a $50 million fund for hoteliers, guesthouse operators and bed-and-breakfast owners so they could refurbish their properties. The disbursement was administered by the Tobago Tourism Agency Ltd (TTAL).

Guesthouse operators were expected to receive the bulk of the fund, $24 million, while small properties and hotels were allocated $22 million and $4 million, respectively.

In May, Dennis also announced that the THA was to receive a further $25 million from the Government for covid19 relief initiatives to assist vulnerable Tobagonians who had been affected by the restrictions.

On the latest $50 million fund facility, Dennis said $15 million will go to the accommodation sector.

“This time, there will be some added flexibility to allow those businesses to utilise the funding to treat with other expenses outside of upgrading their premises.”

Dennis said the cap for the largest establishments in the accommodation sector will be $300,000.

He added $5 million will be made available to small and medium businesses – those directly affected by the closure of the tourism sector or affiliated to the sector. It will include tour operators and workers in the food and beverage, entertainment, weddings and events sectors.

“For that sector, we intend to make a one-off grant of $25,000 to each business that wishes to benefit from this arrangement. Of course, once they meet the criteria and qualifications, the use of that funding will be up to the individual businesses. It is going to be flexible.”

Dennis said the THA also intends to make $10 million available to the TTAL to be used for the digitisation of businesses in the sector.

“The intention is to ensure that our businesses, our operatives within that very critical sector are brought up to speed and the operations are improved to the extent where they can utilise technology to improve their visibility and online platforms and other marketing platforms…”

He added the remaining $20 million to be made available for displaced workers within the tourism sector. They will receive a one-time grant of $5,000.

Dennis said the various agencies will provide details of the arrangements to facilitate the applications for the grants by Thursday.

He added the income support is a new arrangement for the THA.

“It is the first time that the THA is engaging in this but we are aware that there are workers still home from the beginning of this pandemic. Many have already received support in the form of food cards. Some got the salary relief grants but we believe here in Tobago that further support is required.”

In keeping with existing covid19 health protocols, Dennis said arrangements will be made to prevent people from gathering at the designated locations to present their information..

“The preferred approach, we will ask all the hotels, all the restaurants, the bars, the tour operators and other business who are impacted, to submit the names of their displaced or retrenched employees to the Tobago Tourism Agency Ltd and we will also make arrangements for individuals if they wish to come in to submit their information.”

PDP: This will not influence election

“Nobody in Tobago is buying that. No one believes it is a genuine offer. But we will take it if it comes before the election,” he said. The PNM’s rollout of the $50 million relief comes just over a week after the PDP promised an ex gratia payment to all THA workers before Christmas if elected into power.

PDP leader Watson Duke said, “A vote for the PDP on December 6 will be a vote to ease the financial strain you all have been under.”

“It is amazing that a week ago, Mr Dennis contended that there wasn’t enough money to give workers extra on their salary.

“But I am happy that we have found some money now. Too bad it took an election for them to care about people.”

Augustine, the PDP candidate for Parlatuvier/L’Anse Fourmi/Speyside, said he does not believe the initiative will affect the election.

“People’s minds are all made up,” he said.

(with reporting by Stephon Nicholas)