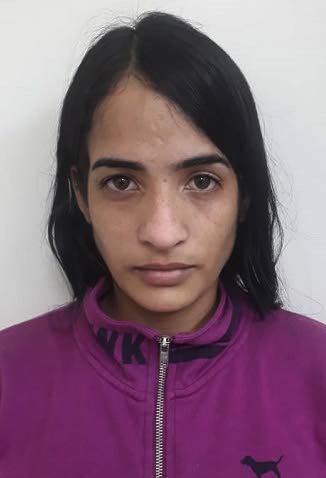 CHARGED: Venezuelan Maria Montano who has been with possession of a fraudulent document and uttering a forged document. PHOTO COURTESY TTPS –

A 25-YEAR-OLD Venezuelan woman, who appeared in court on fraud charges on Monday, was ordered to surrender her passport and report to her local police station once per week.

Maria Laura Acosta Montano who lives in Marabella, was given the orders as part of conditions for bail being set for her at $150,000 with a surety.

Montano, according to a TTPS press release, appeared virtually before San Fernando Magistrate Armina Deonarinesingh charged by WPC Sadar-Seenarine of the Fraud Squad with forgery of a Driver’s Permit and uttering a forged document.

The matter was adjourned to October 19.

The suspect was arrested on October 8, after a commercial bank along Harris Promenade, San Fernando, reported to the Fraud Squad South Office that a woman uttered a driver’s permit as proof of identification which appeared to be fraudulent.

Bank officials told police that the permit was accepted as genuine as the woman’s proof of identification to open an account, however, upon verification, the permit was found to be fraudulent.

The suspect was subsequently arrested and taken to the Gasparillo Police Station pending further investigations.