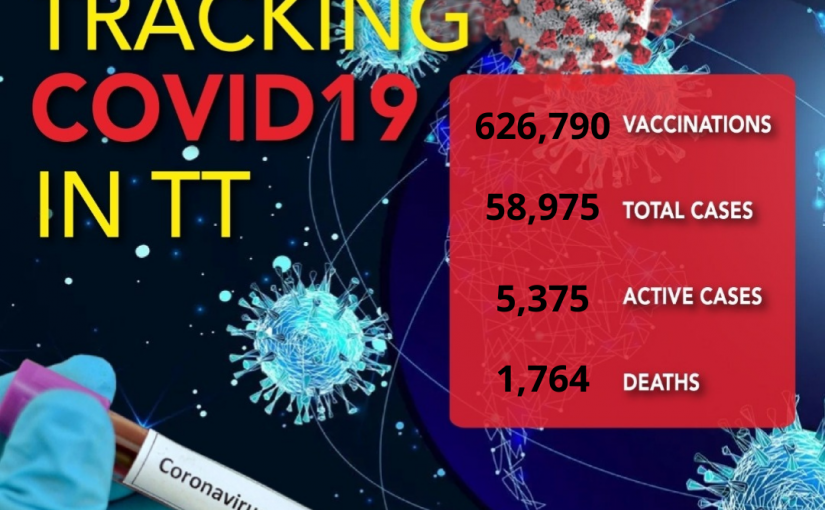 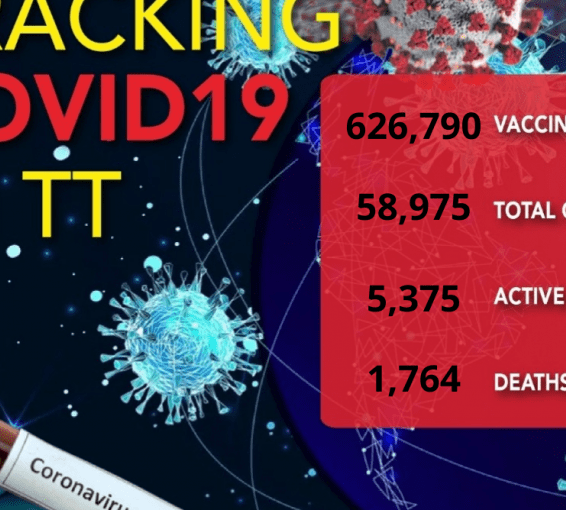 The Ministry of Health in its Saturday covid19 update has reported 394 new cases and 11 deaths.

The data given reflects samples taken between November 2 and 5.

It said the number of cases since the onset of the virus in March of last year is now 58,975 with 51,863 patients recovered.

A total of 350 patients were in hospitalised, 23 patients in step-down facilities, 76 in state quarantine and 4,608 in home isolation.

The ministry added 626,790 people have been vaccinated with the first of a two-dose covid19 vaccine and 577,639 have had their second dose.

It said 36,519 people have received a single-dose vaccine and 614,158 people have completed their vaccination regime.

Of covid19 patients in the parallel healthcare system, 93.1 per cent are not fully vaccinated.

In its own update on Saturday, the the THA Division of Health, Wellness and Family Development reported nine new cases emerged overnight Friday.

The island’s covid19 death toll remains at 103, and active covid19 cases stands at 313. There are now 22 patients in state isolation, 286 in home isolation and five in ICU. Eight patients have been discharged.

To date, 22,601 people have been partially vaccinated on the island while 21,226 people are fully vaccinated.

Chief Medical Officer Dr Roshan Parasram said the increase in covid19 cases was not because of a single reason but rather multifactorial.

At the Ministry of Health virtual media conference on Saturday, he said over the past months there was a plateau of 200 covid19 cases but in the past two weeks the gradual increase included more of the delta variant.

Doctor speaks out for covid19 caregivers: We are exhausted

“We have been seeing increased numbers of delta cases and we are now at a stage where delta is considered to be widely prevalent in the country.

“Delta compared to the P1 strain is two to three times more transmissible. It is possibly the delta element being the most significant.”

Parasram added that contributing to the changes in cases also included reopening of sectors in October.

“It is multifactorial, so we can’t say it is a cluster- based scenario where it is one cluster of diseases contributing to this change.”

Health Minister Terrence Deyalsingh added that the vaccines were nearing their expiration dates and urged people to heed the call to be vaccinated.

The last batch of Oxford AstraZenca vaccines will expire in November, he said, and some doses have been reserved for people who have to get their second shots.

“Knowing that we will have the additional primary shots, we have ring-fenced 5,000 AstraZenca doses for people in that moderately to highly immunocompromised groups.

“Sinopharm and Johnson and Johnson vaccines expire in 2023, Pfizer vaccines have been granted an extended lifespan or shelf life of three months. Originally, they were going in November, so now they will go in February 2022.”